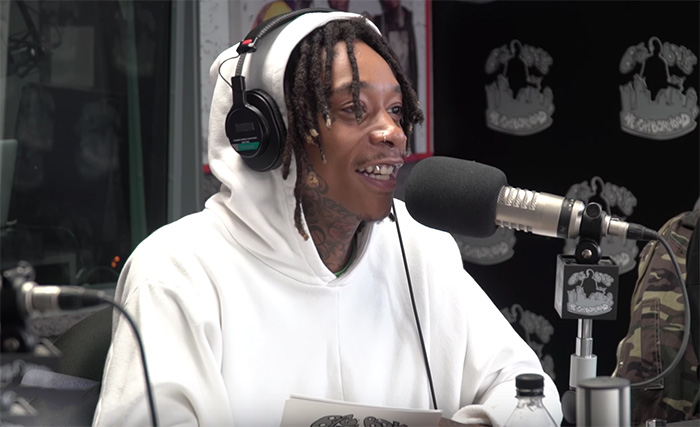 Before unleashing Rolling Papers 2 at some point this year, Wiz Khalifa sharpens his rhyming skills with a freestyle session on Los Angeles radio station Real 92.3.

Going back and forth with host Big Boy, Mister Cap dropped bars about everything from spaghetti to Donald Trump’s hair, before he was asked to rhyme about Amber Rose over Bruno Mars’ “That’s What I Like” instrumental.

“I don’t want no drama,” he rhymed. “Why you gotta bring up my baby mama? / Damn, I suppose / I’ma freestyle about Amber Rose / She’s bald head, she’s got my kid / We was married, yes, we did / I still love her, she love me too / You think I’ma talk about her, you’re through / I never will, that’s the mother my kid / I’m right here, I’m doing it with Big / And I ain’t worried about these hoes / Because my baby mother is Amber Rose.”

Khalifa kept it peaceful during the freestyle and has done the same throughout their divorce. In 2016, the couple even partied together at Wiz’s Khalifa listening party. Months later, they celebrated their divorce at a strip club.

Although the former couple argued over threesomes and slut shaming online in 2016, they also kissed and held hands at a pre-Grammy party last year. Now, Rose is dating 21 Savage and Khalifa is currently romantically linked to model Izabela Guedes.