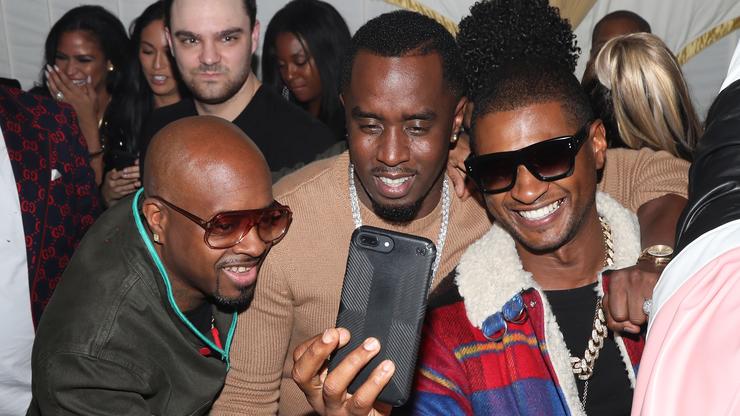 Usher was stopped by the paparazzi and asked about Diddy saying Dupri doesn’t have enough hits to go up against him on “Verzuz.”

So So Def has so many hits that Jermaine Dupri could host a Verzuz on his own, but Diddy doesn’t seem to agree. Yesterday, we watched as Ja Rule and Fat Joe joined together on the Verzuz stage at Madison Square Garden for a celebration of Hip Hop and R&B music. They brought out guests like Ashanti, Nelly, Lil Mo, Jadakiss, Vita, and Remy Ma, but it was the aftermath that really captured the attention of fans.

Jermaine Dupri expressed that he wanted to go against Diddy on Verzuz, but the Bad Boy mogul not only made it clear that he would only battle Dr. Dre, he also dissed Dupri in the process by saying the producer didn’t have enough hits to go up against him.

TMZ caught up with Usher while he was out and about and asked him about his thoughts regarding the controversy. “Being a part of the hits that he has, I can’t say that,” said the singer about Diddy‘s criticism of Dupri’s catalog. “He got plenty of hits and I think that Diddy does, too. It’s a hard one for me because they my brothers, you know?” The cameraperson wanted to know if Usher believed Diddy was wrong for his tweet and asked if a match-up between Combs and Dupri could be the greatest Verzuz to happen.

Ignoring the first part, Usher admitted it would be a “great one” if the two hitmakers joined on stage. Then, he offered a few words for Diddy.

“Having Verzuz is to celebrate music. East coast, west coast, south coast, everybody great at this, and Verzuz has obviously made it great for our culture, but I don’t think that one is greater than the other. I think that if it was JD and Puff or Dre and Puff…or Tip and [50 Cent]—that’s the one I really want to see!”

Check out Usher below.