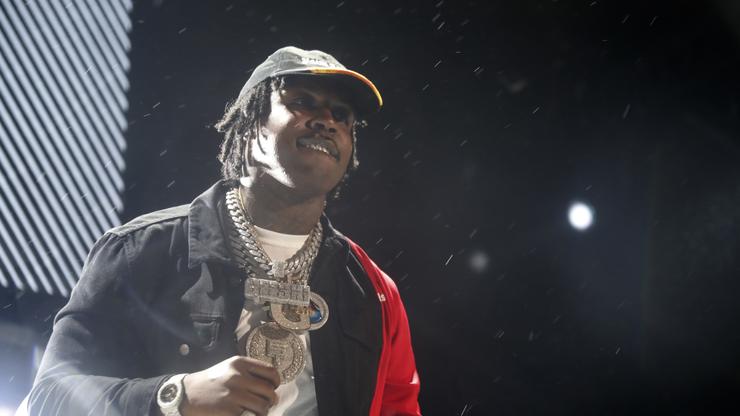 According to reports, the Louisville rapper’s associate was searched in his hotel room and found with drugs and weapons.

Louisville rapper EST Gee’s manager Eric Mosley has been arrested by the FBI.

After reportedly being searched in his hotel room on an outstanding warrant, he was found with a “kilogram of cocaine, $100,000 cash, an AK-47-style pistol, and a stolen handgun.” Mosley was taken into custody last Thursday and made his first appearance in court the next day, charged with possession with intent to distribute a controlled substance, possession of a firearm in furtherance of a drug trafficking crime, and possession of a firearm by a prohibited person. Mosley now faces a minimum of 10 years and a maximum sentence of life in prison if convicted of the charges.

His client EST Gee quickly shot to success after garnering mainstream attention for his 2020 album Ion Feel Nun, known for his honesty, storytelling, and reflection in his raps.

Both he and Mosley are members of Everybody Shine Together, LLC, the collective from which EST Gee gets his name. Back in July, Mosley was found to be one of a few people who contributed to the full-cash bond for Kevon Lawless, aka Lil Kada, a 24-year old associate of EST Gee who was accused of killing 3-year-old Trinity Randolph and her father, Brandon Waddles, last year. EST Gee spoke on bailing him out in his song “Sky Dweller” off his latest mixtape, Bigger Than Life Or Death.

“They want 1 mil’ for Lil Kada, know I’m comin’ to get you, baby,” he raps. “Know my heart might get me killed, but it got me here, so risks I’m takin’/We don’t never write no statements or give tips, we don’t f*ck with bacon.”

Listen to the song below. We’ll keep you posted on Eric Mosley’s situation.