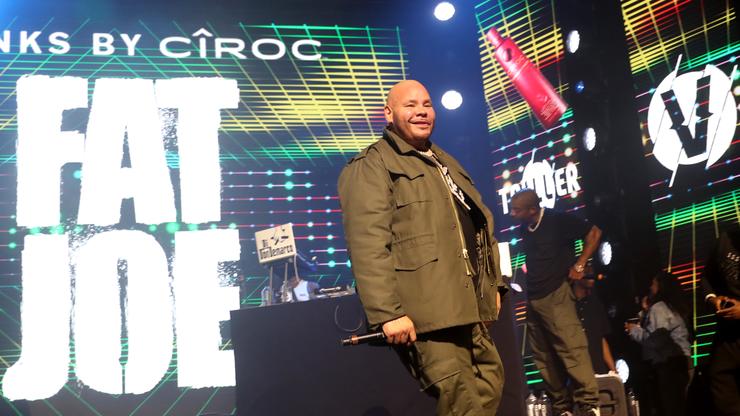 The New York icon apologized to “any women who felt disrespected” while saying he loves, adores, and worships Black women.

It is a day of apologies for Fat Joe following his Verzuz appearance alongside Ja Rule. The pair took to the stage to deliver performances of some of their favorite hits, and as fans debate who won over the other, a clip of the Verzuz went viral. We previously reported on the moment that Ja was introducing Vita and Lil Mo to come on stage to perform their classic collaboration “Put It On Me,” and Fat Joe could be heard calling the ladies “dusty b*tches.”

What has followed has been demands for apologies from the public and Lil Mo, causing Remy Ma to jump in and defend her good friend Joe. After Mo and Remy had a back-and-forth, Joe gave his Verzuz recap on Instagram Live and addressed this controversy once again.

“[I] apologize to Lil Mo and Vita and anyone women who feel disrespected by what I said, ” Fat Joe stated. “I don’t just love Black women, I adore them. I worship them. You are the queens. You are my queens. Simple. Follow the track record. For twenty-six years, for as long as you know me, you know where I come from. I love all women. Especially the Black women. I love ’em all.”

“I am apologizing to anyone I offended,” he continued. “Anyone I offended. I was in Hip Hop, we was in a Rap battle, I got besides myself. I’m gonna break that down to you in this recap.”

You can check out Fat Joe giving his latest apology below along the uploads of his Verzuz recap in full.