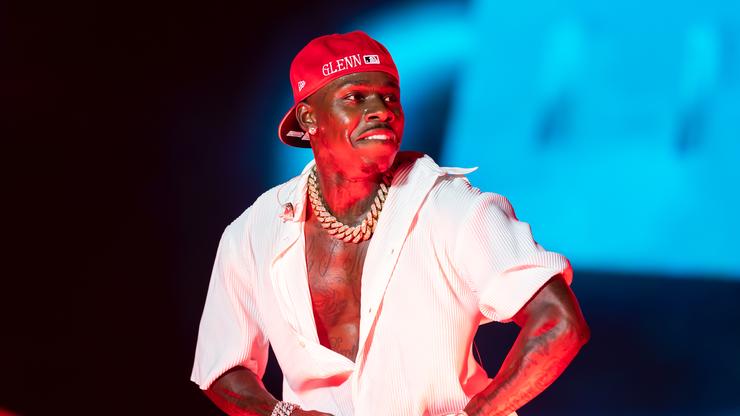 Surveillance footage reportedly shows the rapper ducking out in an SUV as his security allegedly punches a fan who reached out for a handshake.

Accusations are flying about DaBaby and his entourage after a report states that they were involved in a physical altercation in Los Angeles. Following his Rolling Loud controversy, DaBaby has been taking a break from making incendiary comments on social media and has focused on delivering new music. However, The Sun reported this week on an alleged incident that occurred in the parking area of La Vida Gentleman’s Club in Los Angeles.

The outlet shared surveillance footage of what looks to be the rapper and stated that DaBaby was there to celebrate a friend’s birthday back in May. A man reportedly walked up to DaBaby to give him a handshake and instead was “chased off” by people with the North Carolina artist.

DaBaby is said to have exited the scene in an SUV as someone punched the man, causing him to fall to the floor. There was reportedly another fight that evening involving DaBaby’s team with another person who was reportedly hit as he “attempted to break up the brawl.” DaBaby was not actively involved in either altercation.

An alleged witness told The Sun that DaBaby requested for his security to “check” their phone after seeing that they were taking photos. “The fan was simply that, just a fan who wanted to shake his hand and the situation was escalated because the guy was a little bit drunk and belligerent,” the person said.

“DaBaby said something and made gestures before he went inside the SUV for his goons to handle the situation forcibly.” They went on to say the first man “didn’t understand why he was treated so bad when it was clear he was harmless and just wanted to praise DaBaby.” The alleged victim also accused DaBaby’s team of snatching his gold chain and tossing it over a nearby fence.

The second man was described as having “severe injuries” and a “lumped up face.” DaBaby nor his team have publicly responded to the allegations.