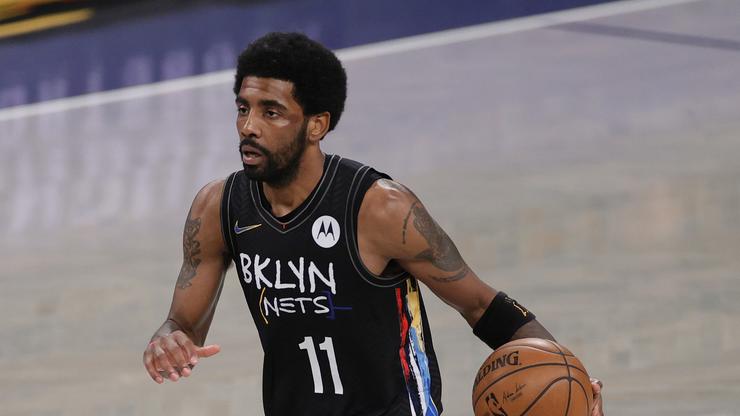 Kyrie Irving confirms that he was not talking about anything COVID-related.

On Wednesday morning, Kyrie Irving managed to get countless basketball fans up in arms with a vague, 10-word tweet. “My mask is off. Now take yours off. No fear,” the Brooklyn Nets star tweeted, and in a week already focused on another high-profile celebrity’s COVID-19 vaccine stance, many Twitter users automatically assumed that Kyrie was telling his followers not to wear protective masks.

Given Kyrie’s tendency for sharing vague and cryptic sentiments, sports journalists like Bomani Jones and Scoop B. chimed in to defend the basketball player’s tweet and encourage people to look below the surface of his statement. Now, Kyrie Irving has come forward to clear the air once and for all.

According to Kyrie, his original tweet had nothing to do with anything COVID-related. Telling his followers to “relax,” the 2016 NBA Champion lays out exactly what he meant, saying, “‘Mask off’ means you stop being something you’re not and stop lying to yourself. It’s the moment you discover the real you and can walk around with NO FEAR in a society that shows a lot of the masks people wear to hide who they truly are.”

With Kyrie’s “mask off” tweet now deciphered for the masses, now the only thing to figure out is who he was aiming his tweet towards. Shortly after the viral “mask off” tweet, First Things First co-host Nick Wright recently tweeted, “There are a handful of Kyrie trades that potentially make sense for the Nets, Kyrie’s agents have made it known that Kyrie would simply *retire from the NBA* if Brooklyn were to trade him.”

While nothing has been confirmed from Nick Wright’s report, Kyrie did respond directly to Wright’s tweet. Rather than offering a clear statement ton the situation, however, Kyrie wrote “A Puppet” and shared a GIF of a hand-controlled puppet.