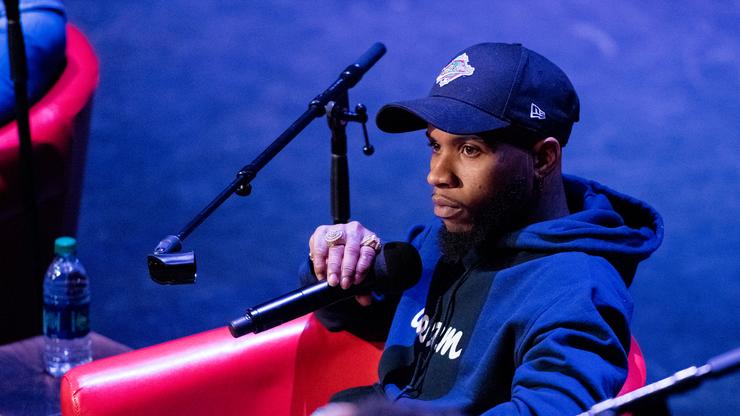 Sonstar Peterson has come forward to publicly stand by his son once again.

By now, you have most likely heard the news that Tory Lanez has been officially charged in connection to the July shooting involving Megan Thee Stallion. The 28-year-old Canadian artist had stayed relatively silent about his role in the incident until he released his highly controversial album Daystar. The project came well after Megan Thee Stallion had already publicly named Lanez as her assailant, causing a line to be drawn in the sand for many in the music industry.

One of the concerns from the public was why Tory Lanez hadn’t yet been charged if he was indeed responsible for the shooting. He’s been hit with charges including assault with a semiautomatic firearm; one felony count of carrying a loaded, unregistered firearm in a vehicle; and personal use of a firearm. We previously reported that if convicted, the singer is looking at upwards of 22 years behind bars.

Lanez has responded to the charges and stated that the truth will soon be revealed while also reminding the public that being charged is vastly different than being convicted. Now, Tory’s father, who has been vocal about his support of his son, has come forward with a reaction of his own.

“My son @torylanez I say to you this day,” Sonstar Peterson wrote on Instagram. “Stand still, and see the salvation of the Lord, which He will show to you today; for the Egyptians whom you have seen today, you shall see them again no more.You will not have to fight this battle. Take up your positions; stand firm and see the deliverance the LORD will give you Daystar.Do not be afraid; do not be discouraged. Go out and face them tomorrow, and the LORD will be with you.'” Check out his post below.