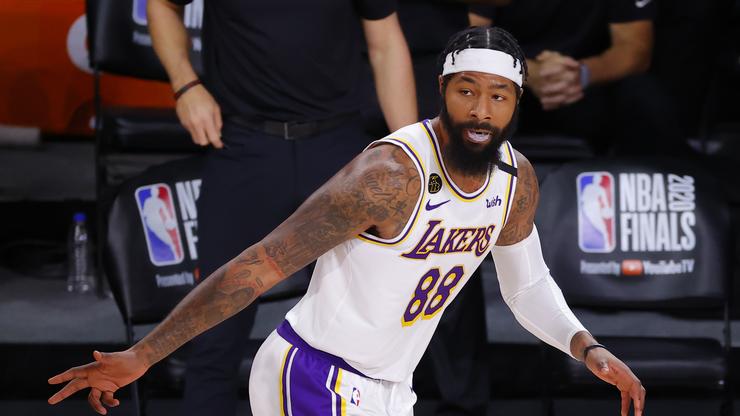 Lakers fans are livid over tonight’s game and Morris has become the subject of memes.

With the NBA title on the line, there is no room for mistakes in the Finals. However, Los Angeles Lakers star Markkieff Morris is being heavily criticized after his blunder may have caused the Purple and Gold team to lose Game 5 against the Miami Heat squad. To recap, in tonight’s (October 9) game, there was just under 17 seconds to play in the remainder of the 4th quarter as the score sat at 109-108, Miami lead. LeBron James was double teamed and passed the ball to Danny Green who missed the shot, but it was recovered by Markieff Morris. LeBron was free and clear for a pass to make a potentially game-changing shot, but Keef panicked and ended up just tossing the ball out of bounds.

The cringe moment had basketball fans re-living LeBron and J.R. Smith’s meme moment in 2018 when Smith’s mistake during the Finals series against the Golden State Warriors went viral. The internet is undefeated and had much to say about Morris’s move, so check out a few reactions and make sure to tune in this Sunday (October 11) to watch the Heat and Lakers reconvene for Game 6. The Lakers lead the series 3-2.