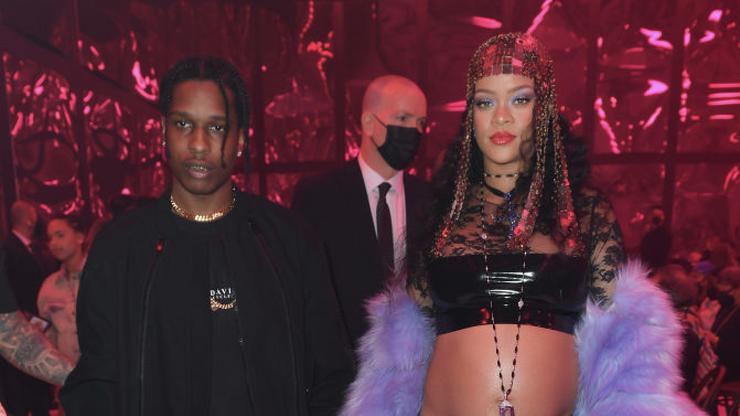 The new parents took a night off from mommy and daddy duty to catch up with friends at Manhattan’s Canary Club.

As badly as Rihanna fans would love to hear new music from the 34-year-old, recent weeks have seen her focus her energy on other endeavours, such as launching a “Ketchup or Makeup” collaboration from her Fenty Beauty line, assisting restaurant staff with tidying up after staying late to dine with her friends, and most recently, hitting up the club with her baby daddy, A$AP Rocky.

Early Saturday (September 10) morning, the pair headed out to the Canary Club in downtown Manhattan, as per TMZ. They’re said to have hung out at the venue for about an hour, chatting with friends and taking in the atmosphere, though there was one moment when Rih was awkwardly sandwiched between Rocky and his pal.

A video captured by the outlet shows the new mother sitting by the wall at the party while Rocky greets those around him, clearly excited to be surrounded by so many familiar faces. At one point, the rapper saw a man standing outside of his section behind the Bad Gal, and as the two eagerly embraced, Rihanna was squished, putting her hand on her beau’s waist to seemingly let him know.

By the end of the video, the Testing hitmaker introduced his friend and Rihanna and they shared a quick hug.

Other clips that have been surfacing online show the couple holding hands as they walk into the venue, and Rocky frequently turning back to check on his girl while she sits behind him.

Check out more footage below, and tap back in with HNHH later for more hip-hop news updates.