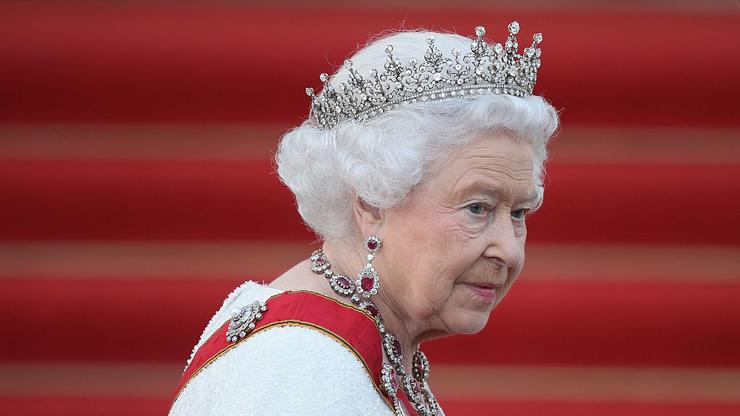 Currently, the Queen’s coffin is resting at Balmoral Castle, though it will be moved to Edinburgh on Sunday.

In the wake of Queen Elizabeth II’s death on Thursday (September 8), the palace has officially confirmed when the late royal’s funeral will take place, as well as the intricate details leading up to the service later this month.

Currently, Queen Elizabeth’s body remains in Scotland, at Balmoral Castle where she reportedly passed peacefully. On Sunday, she will be moved to Edinburgh where her coffin will rest in the Throne Room at the Palace of Holyroodhouse until Monday afternoon.

The next day, “a procession will be formed on the forecourt of the Palace of Holyroodhouse to take the coffin to St Giles’ Cathedral in Edinburgh,” according to Page Six. Once there, newly appointed King Charles III will take part in the procession alongside other members of the royal family.

“Her Majesty’s Coffin will then lie at rest in St Giles’ Cathedral, guarded by Vigils from The Royal Company of Archers, to allow the people of Scotland to pay their respects,” an official statement notes.

A Royal Air Force plane is due to take the Queen from Scotland to RAF Northolt on Tuesday, with her daughter Princess Anne, riding on board. Following that, she will be delivered to Buckingham Palace by road and placed in the Bow Room.

“On the afternoon of Wednesday 14th September, the Coffin will be borne in Procession on a Gun Carriage of The King’s Troop Royal Horse Artillery from Buckingham Palace to the Palace of Westminster, where The Queen will Lie-in-State in Westminster Hall until the morning of the State Funeral.”

The procession is expected to make its way through the Queen’s Gardens, The Mall, Horse Guards and Horse Guards Arch, Whitehall, Parliament Street, Parliament Square and New Palace Yard, allowing locals to line the streets and pay their respects to the long-reigning monarch.

Upon arrival at Westminster Hall, a short service will be conducted followed by a Lying-in-State period, which gives members of the public a chance to visit and pay their respects to Elizabeth.

After the funeral on September 19th, the late 96-year-old will be laid to rest in a prepared tomb at King George VI Memorial Chapel at Windsor Castle beside her late husband, Prince Philip following a committal service.

Read what hip-hop had to say about Queen Elizabeth’s death here, and tap back in with HNHH later for more pop culture news updates.