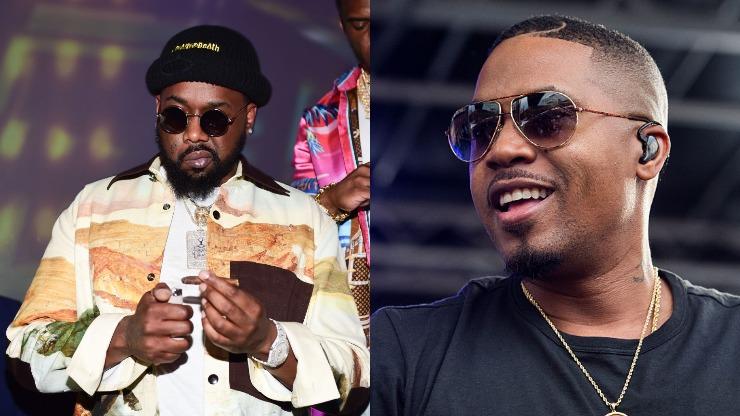 During an appearance on Noreaga’s “Drink Champs,” Conway The Machine and Nas showcased mutual respect for one another’s greatness.

While some rappers have opted to dismiss the veterans of the game, others have taken it upon themselves to keep the tradition of greatness alive. For Conway The Machine, the approval of his favorite rappers is far more important than any platinum plaque. And with notable co-signs from the likes of Jay-Z, Nas, Eminem, Raekwon, and many more, Conway has already proven himself to be among the game’s most well-respected lyricists. And now, during an appearance on N.O.R.E’s Drink Champs, The Machine has officially received the torch from a bonafide legend.

The saying real recognize real has held true for decades, and it continues to do so to this day. During The Machine’s meet-up with Nore, Nas actually phoned in to share a few words, sparking a complimentary exchange with the From King To A God rapper. After receiving some major love from Conway, Nas returned the favor with some telling facial expressions, showcasing awe at The Machine’s artistry. “I’m the one new ni**a that the OGs feel comfortable passing the torch to,” marvels Conway, sharing the clip on his Instagram page. “ME! Salute king @nas trust me I heard u loud and clear general! s/o my ni**a.”

If you’re a fan of the Griselda lyricist, consider checking out our exclusive Conway The Machine Has Ascended: From King To A God, where he opened up about the importance of carrying on tradition. Speaking specifically about his addition to the Shady Records roster, Conway explained the importance of respecting the legends of the game. “You wanna put on and show Em it wasn’t a mistake,” he stated. “You know thoughts you might have in your head as a rapper. You know, being in the same circle with a rapper of Eminem’s quality, his craft. It was kind of new territory, but it’s perfect for me.”

At this point, it’s not surprising to see Nas showing Conway such appreciation. He’s already gained quite the circle of support, with this latest clip prompting celebratory responses from DJ Premier, Royce Da 5’9″, and a double down from N.O.R.E. Keep an eye out for his upcoming Shady Records debut God Don’t Make Mistakes, confirmed to be arriving at some point in 2021.