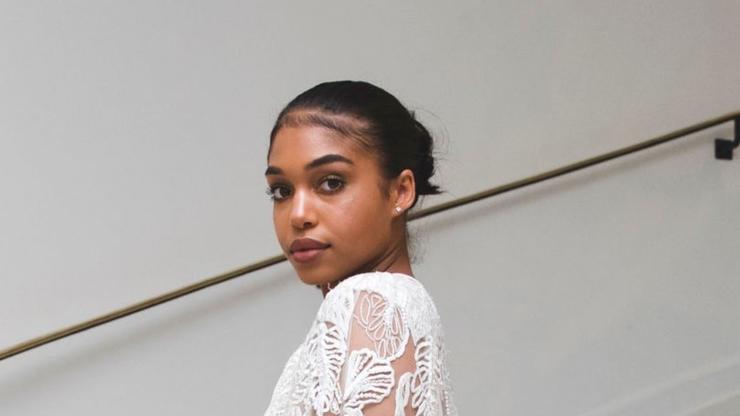 Lori Harvey recently caught criticism after she made a post condemning Atlanta rioters, and now she returns with a post about George Floyd and Black Lives Matter.

Days ago, Killer Mike gave a passionate, tearful plea on television as he asked citizens Atlanta not to destroy their beloved city. There were reports looting and rioting as others attempted to peacefully protest, and as some took advantage the moment, many businesses were destroyed. This wasn’t just a problem in the ATL, as the weekend rolled forward, millions watched as brick and mortar businesses have fallen prey to violent acts. After finding out that her friend’s consignment shop had been damaged, Lori Harvey took to social media to condemn those responsible.

“Atlanta y’all took it too far last night smh,” Lori wrote on her nstagram Story. “My heart is so broken for my friends @nikkisworld and @niceybabyy. I know how hard you guys worked to build SacDelux from the ground up (2 young BLACK women) and I can’t even imagine the pain watching it get destroyed like that for absolutely no reason. I’m so sorry this happened to you guys. The looting @sacdelux_ was absolutely senseless and disgusting. I’m just glad you guys didn’t get hurt in the process.”

Following that post, Lori Harvey was dragged throughout social media. People felt as if she has surfaced only to show empathy for a business rather than the death George Floyd, who seemed like an afterthought. On Monday (June 1), Lori returned once again, this time with a lengthy message about Floyd’s death. “Over the past week, I’ve been trying to find the right words but I’m sincerely at a loss. My entire heart goes out to the loved ones George Floyd, Ahmaud Arbery, Breonna Taylor and every Black life taken at the hands racism, police brutality, and racial injustice. I can’t even imagine the pain they are feeling.”

However touching as her post may have been, it wasn’t widely well-received. The model and social media influencer was met with heavy backlash, although she was attempting to raise awareness on various ways the public could help. Check out Lori Harvey’s post and a few reactions below.