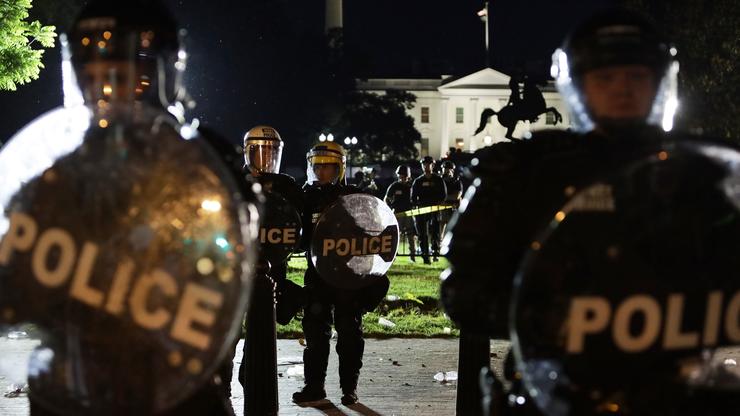 L.A. Police Chief Michel Moore said he “misspoke” when he commented George Floyd’s death “is on their hands as much as it is those ficers” when speaking about looters.

America’s leaders are finding every word they say scrutinized with a fine-toothed comb, especially those connected with law enforcement. Los Angeles Police Chief Michel Moore became a trending topic across social media platforms on Monday (June 1) following his controversial remarks about the death George Floyd. The 46-year-old man was recently killed by four Minneapolis police ficers while handcuffed and face down on the ground. He told them he couldn’t breathe and cried out for his mother in his final breaths.

During a press conference, Police Chief Michel Moore spoke about the protests and disturbances in L.A. “Last night, just under 700 arrests. There were 70 individuals who were either burglarizing or looting, victimizing businesses. So what that tells me is that, two things. We didn’t have protests last night, we had criminal acts… We had people capitalizing. His death is on their hands as much as it is those ficers.” He then recognized that what he’d just said was “a strong statement.”

In a Q&A portion the conference, Moore clarified, “I misspoke when I said his blood was on their hands, but certainly their actions do not serve the enormity his loss. What his name should stand for is the catalyst for change. I regret the remarks that characterization, but I don’t regret, nor will I apologize to those out there creating destruction. His memory deserves better.” The backlash was swift as thousands called for his resignation. Check it out below.