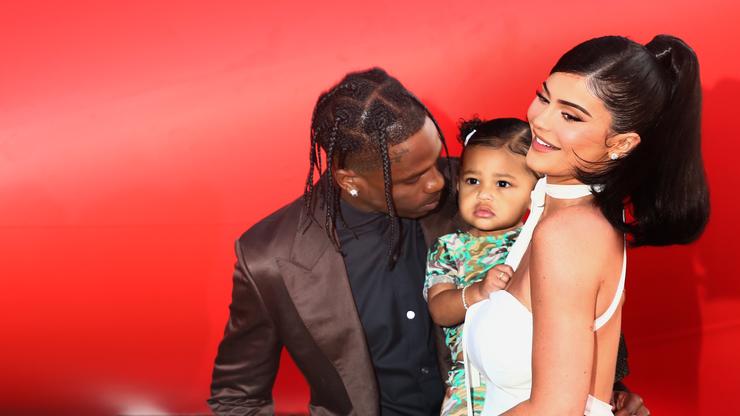 Don’t f*ck with Kylie and Stormi.

Kanye West and Kim Kardashian’s daughter, Chicago West, had her second birthday on Wednesday night, and the famous baby was joined by plenty special guests such as Kim’s half-sister, Kylie Jenner and her daughter Stormi, to celebrate. Kylie shared a ton adorable snaps from the Minnie-Mouse-themed party on her Instagram story, including photos Chicago painting while wearing Minnie Mouse ears on her head and matching Minnie Mouse face paint. Among her stories the Disney-inspired decor were some shots Kylie and Stormi posing together outside. In the first, the mother-daughter duo are giving each other a sweet peck on the lips, and the next shows them serving face while looking f in another direction. The third photo, though, is where Kylie flexed her outdated meme references, by warning us all to stay the hell away from her and her baby girl.

“Don’t talk to me or my daughter ever again,” Kylie captioned a photo her and Stormi rocking matching diva sunglasses. While the two them may be giving the camera a stare that could cut glass, the more meme-savvy the Internet took to the comments on the Shade Room’s post the story to clarify that the caption is just a joke. “It’s a meme folks relax! 😩🤷🏽‍♂️,” wrote frequent Shade Room commenter, Milan Christopher, referring to the meme format that gained notoriety in 2015. Some, who may or may not be familiar with the meme, insisted that the message was directed at Kylie’s ex-best-friend, Jordyn Woods, who had a falling out with Kylie following an alleged cheating scandal involving Kylie’s half-sister, Khloe Kardashian, and Khloe’s baby daddy, Tristan Thompson. While it’s impossible to know if Kylie had these underlying intentions, she proceeded to change her IG icon to Stormi’s sassy pout in the photo, so it seems like the meme was not meant to be taken too seriously.