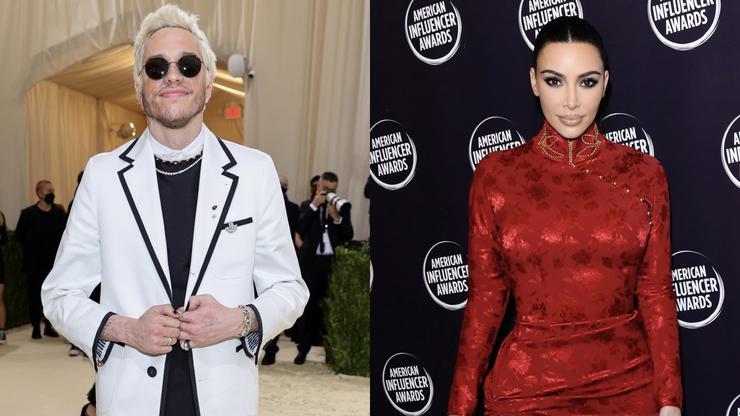 Sources say that the two are “just friends,” and have been since before Kim appeared on “Saturday Night Live.”

A video obtained by the gossip site showed Pete and Kim getting off of a rollercoaster together after sitting side by side during their ride. Photos obtained by PEOPLE show that they were holding hands and seemingly screaming as they soared through the air.

Despite the appearance of a date night, sources have shared that the SNL co-stars are “just friends.” “They hang in the same circles so they will be together from time to time. It’s just friends hanging out,” the insider revealed.

As you may know, Kim is currently in the midst of a divorce from her husband, Ye (formerly known as Kanye West). The estranged couple have been spotted out and about together over the last few months, and during her SNL opening monologue earlier this month the reality star addressed their separation, joking that she left her husband because of his personality.

The 41-year-old’s intro wasn’t the best part of her hosting debut – she also shared a kiss with Pete during a hilarious sketch. Elsewhere in the episode, the King of Staten Island actor portrayed his good friend Machine Gun Kelly, which got him plenty of attention on Twiter

Check out the video and photos of Kim Kardashian and Pete Davidson at Knott’s Berry Farm together here and here, respectively.