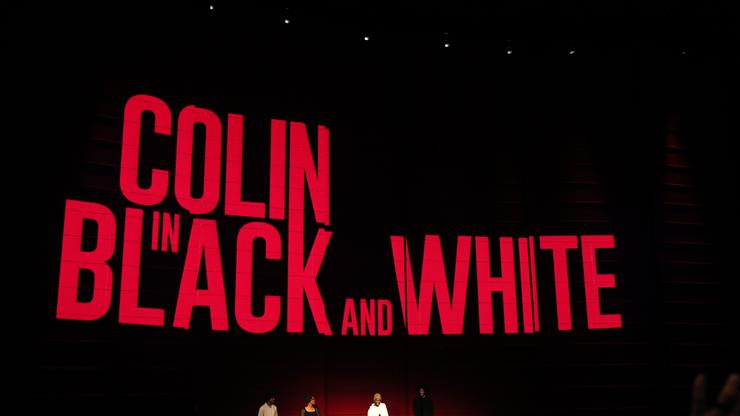 All 6 episodes of “Colin in Black & White” arrived on Netflix yesterday.

On Friday, October 29th, Colin Kaepernick’s new docuseries, Colin in Black & White arrived on Netflix. The 6-episode original sees the former NFL player take fans on a journey through his high school years and the experiences that led him to become the activist that he is today.

Kaepernick has never been one to shy away from speaking his mind, and his latest endeavour is no exception. In the show, the 33-year-old makes a bold statement by comparing being a part of the NFL to slavery.

“What they don’t want you to understand, is what’s being established is a power dynamic,” he explains in a clip posted to Twitter by @TPostMillenial. “Before they put you on the field, teams poke, prod, and examine you. Searching for any defect that might affect your performance.”

As Kaepernick speaks, visuals show players being picked at by scouts. “No boundary respected, no dignity left in tact,” he continues. The scene then changes from a football field to an olden day slave trade, where a line of Black men are being auctioned off. “Next one coming up, best we got,” an auctioneer can be heard saying as a new man steps up to the stage.

We then shift back to images of athletes being judged and looked at in a similar manner to help prove Kaepernick’s point. As TMZ notes, CK says that “coaches will tell players they want their guys to be warriors, killers, beasts, and animals on the gridiron.”

As of right now, the series has received a 77% Tomaometer and 41% audience score on Rotten Tomatoes, and the internet has found itself divided on Kaepernick’s thoughts – some see where he’s coming from, while others feel that he’s completely missed the mark.

How do you feel about the Wisconsin native’s controversial comparison? Share your stance in the comments.