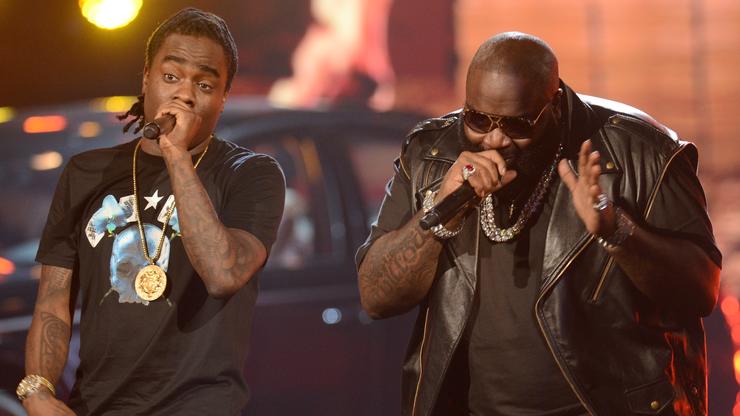 It wasn’t long ago that Wale shared his long-awaited album, Folarin II with listeners. Over the weekend, the “Bad” singer was one of the many artists to take the stage at Rolling Loud in New York, and during his set, Wale brought out A Tribe Called Quest Legend, Q-Tip, to help him out.

“We in Queens, right?” the 37-year-old asked the crowd during his performance of “Poke It Out.” “I know I’m from out of town but I feel crazy doing this shit in Queens and not showing love to the original version of the song,” he added before Tip emerged and launched into his 1999 hit, “Vivrant Thing,” which Wale sampled on his J. Cole collab.

Naturally, the audience went wild seeing that appearances from Q-Tip are rare, but that wasn’t the only thing that the Washington, D.C. native had in store for his fans. Rick Ross, who he teamed up with on “Light Years” soon appeared with his pals on the stage, and Wale shared that it “an honour” to be able to perform alongside two other hip-hop legends.

According to Uproxx, Q-Tip has more solo music on the way soon, and Wale’s new release has received endless praise from his fans. Folarin II saw him team up with major players like Chris Brown, Jamie Foxx, Maxo Kream, and Ant Clemons, just to name a few.

It’s been a jam-packed weekend in New York thus far. Audiences witnessed 50 Cent bring out DaBaby during his set, and Playboi Carti and Lil Uzi Vert publicly squashed their beef while on stage. We also shared the news that “My Way” rapper Fetty Wap didn’t get to perform, as he was arrested on drug and weapons charges prior to showtime.

Stay tuned to HNHH for more updates on Rolling Loud Music Festival as they arrive.