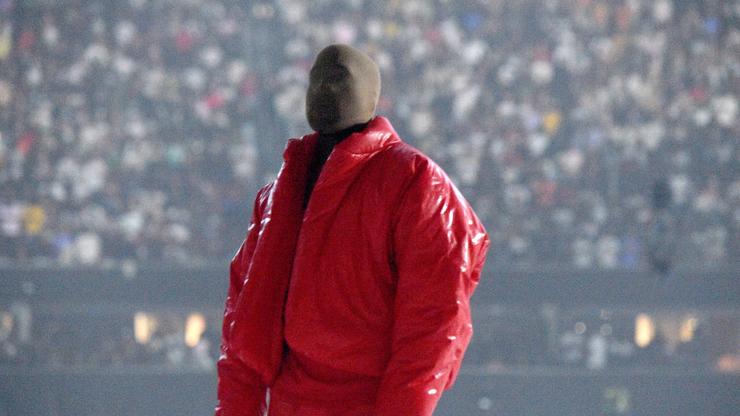 Kanye West wore a spooky mask around Europe this weekend.

Kanye West definitely did not want to be recognized during his recent overseas trip to Venice, Italy, but he certainly wasn’t afraid of getting weird looks from strangers. The world-famous artist flew under the radar as he vacationed in Italy this weekend, attending a luxurious wedding and performing at the event. Many of Ye’s fans have been commenting on the rapper’s outfit though — specifically sharing their thoughts on the creepy Halloween mask he wore over his face to protect his identity.

Over the years, Kanye has gone to great lengths to avoid the paparazzi. For the last few weeks, the fashion designer has been styling himself in black Balenciaga designs, usually placing a cloth mask over his entire face. Instead of the masks he’s been seen rocking recently, Ye opted for a spookier version this weekend, wearing a white mask over his head that made him resemble a horror movie villain.

Some fans have noted that the accessory resembles the Fantômas mask, which is a French anti-hero design. Still, without context, it’s pretty weird to see the multi-billionaire veiling his identity with such a terrifying mask.

Check out the photos of Kanye in his mask below, as well as some reactions. And let us know what you think of this in the comments.