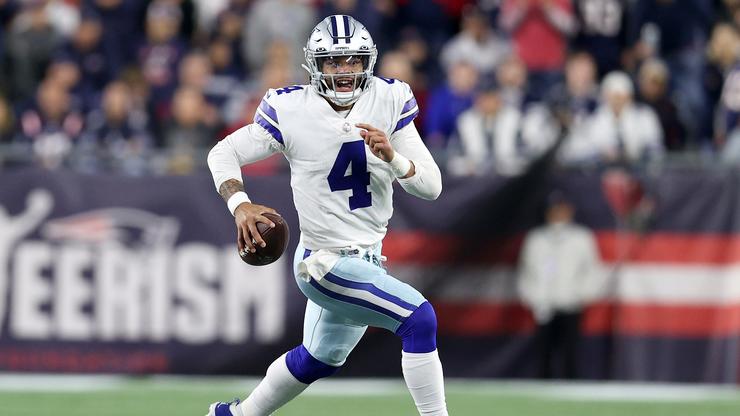 Dak Prescott was favoring his right leg on Sunday.

Dak Prescott was out all of last season with an ankle injury, and so far, his comeback has been phenomenal. The Cowboys are sitting at a record of 5-1 and their only loss came against a fiery Tampa Bay Buccaneers squad. Last night, the Cowboys were in tough against the New England Patriots, although in the end, they were able to pull out a 35-29 win in overtime and a lot of it was because of Dak’s heroics.

Unfortunately, the win seems to have come at a cost, as after the game, Prescott was having some calf issues on his right leg. According to reporters like Ed Werder, Prescott couldn’t even put weight on the leg and was getting some help from Ezekiel Elliott.

At this point, there is no diagnosis on Dak’s injury, which means that fans will have to sit tight until the team gives an update early this week. The Cowboys’ success rides on Dak’s health, so fans will certainly be hoping that this isn’t anything serious. The team is off to a phenomenal start and at this juncture, the Cowboys look like a real threat to go far in the NFC playoffs.

This is a developing story so stay tuned to HNHH as we will be sure to bring you all of the latest updates from around the league.