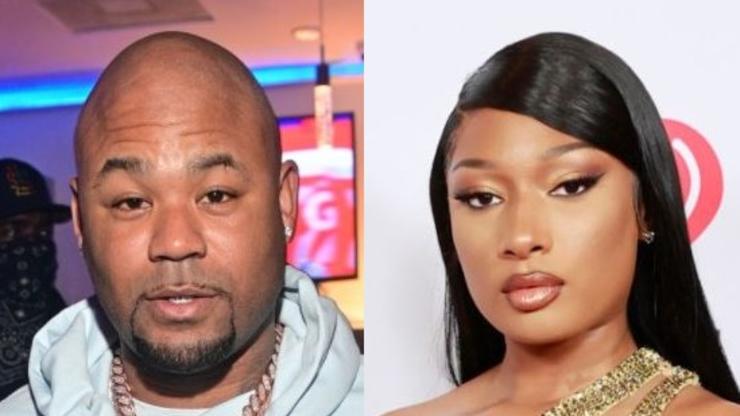 Attempts to thwart Megan’s release with BTS this week were denied by a judge.

The battle between Megan Thee Stallion and 1501 Certified Entertainment continues and it landed both sides in court on Tuesday (August 24). The Houston rapper has been at odds with her label for some time, and things seemed to escalate once she added Roc Nation to her management team. The division has caused Megan to face roadblocks here and there when it comes to releasing new music, and the Good News rapper found herself facing off with Carl Crawford & Co. once again over a remix to a BTS single.

This Friday (August 27), Megan and BTS are set to deliver the remix to the group’s hit “Butter,” and ahead of its drop, the rapper’s label tried to stop its release. However, Megan scored a victory in court.

A judge determined that “Crawford, 1501 Certified Entertainment, J. Prince and 300 Entertainment ‘have recently engaged and will continue to engage in conduct preventing the release of her new music, which would irreparably damage her goodwill, reputation, and overall music career and infringes on her rights to self-expression through her music,'” reports Billboard.

Crawford seemed to respond to the news on his label’s Instagram Story with a brief message. “Even when I lose I still win [strong arm emoji],” he wrote. “Don’t let that go over y’all head [I Love You hand sign emoji].” This isn’t the first time Crawford attempted to stop Megan from releasing new music, because they pulled the same move just ahead of the release of her debut album. Check out the post below and we’ll keep you updated on Megan and BTS’s release this Friday.