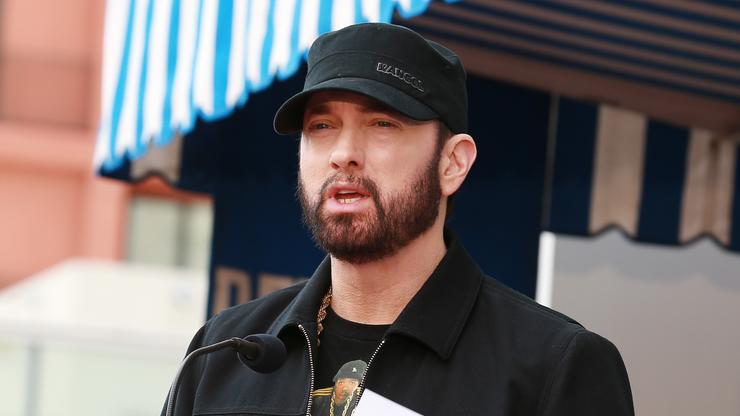 In the 911 audio, a woman called the authorities to say that Kim was “bleeding excessively” as she told them not to call the police.

They met in the late 1980s while in school, welcomed a daughter, Hailie, in 1995, and four years later, Eminem and Kimberly Scott were married. Their wedded bliss only lasted for two years before they divorced, but they gave love another chance in January 2006. However, that, too, was short-lived, because, by April, their relationship was over once again.

Eminem’s early catalog was riddled with his anger toward his ex-wife but over the years, the rapper has refrained from enacting violence against her in his music. Kim hasn’t been a central celebrity figure and doesn’t command any social media attention, but earlier this month, reports surfaced that on July 30, the 46-year-old attempted to commit suicide. On Tuesday (August 24), The Sun shared the harrowing 911 call on their website.

A woman on the line told a 911 dispatcher that Kim Scott was bleeding in the bathroom and revealed that she had taken “a bunch of pills.” The caller also stated that Kim was yelling for her not to call the authorities and let her know that she wrote a note. “She had the door locked, and she wouldn’t let me in,” the caller said. “And I kept telling her, ‘I’m coming in, I’m coming in.’ I broke the handle off, and she was laying on the floor.”

Kim’s suicide attempt reportedly occurred the day after her mother’s funeral. Responding officers were reportedly provided with a suicide note that was penned on a cardboard shipping box where she told authorities not to resuscitate. Eminem nor his daughter Hailie have issued any statements regarding the incident.