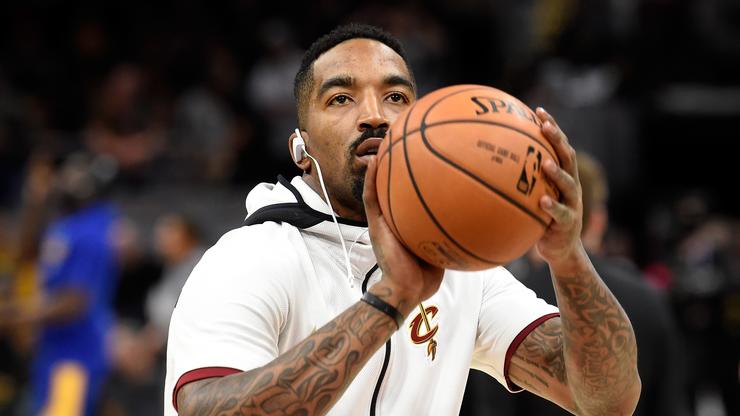 The NBA star enrolled in college and he called out House of Highlights for perpetuating the “Henny” narrative after they reposted a student’s video of him.

All he wants to do is continue his college education, but J.R. Smith can’t catch a break. The two-time NBA champion has recently begun his courses at North Carolina A&T in Greensboro, and although he is pursuing his higher education later in life, Smith is excited about his endeavor. On Tuesday (August 24), the NCAA approved his request to play golf for the university.

Smith, like many of his NBA peers, went from directly to the league after graduating high school. “It was probably one of the most exciting feelings I’ve had in a while,” Smith told The Undefeated about his freshman year. “I really didn’t know how it was going to go… But to be able to actually call myself a student-athlete is a great feeling.”

Although he is relishing college life, students have been making his transition a tad difficult. It has been understandably a shock for students to see a famous basketball player on campus, but many have been recording him and sharing jokes at his expense, including “Henny” jibes, as well as taking screenshots and screen recordings in their virtual classes.

One person recorded Smith walking on campus and over the video they wrote, “He really off the Henny rn,” joking about the narrative that he’s a frequent partaker of the cognac. House of Highlights reposted the person’s TikTok video to further spread the joke, but Smith jumped in the comments to set them straight.

“Ight that Henny sh*t really not funny tho can y’all try a different joke! Not really mad at the kid honestly they gone say whatever but @houseofhighlights the disrespect y’all post it’s truly enough,” Smith wrote. “As a Black man in America y’all still can’t move on from the bullsh*t that people continue to put on your name! Not one positive post about going to school an trying to better myself! Y’all make it look so weak/corney to inspire my people to want to do better you consistently bring up an post bullsh*t.”

Many people co-signed Smith’s comment. Check it out below.