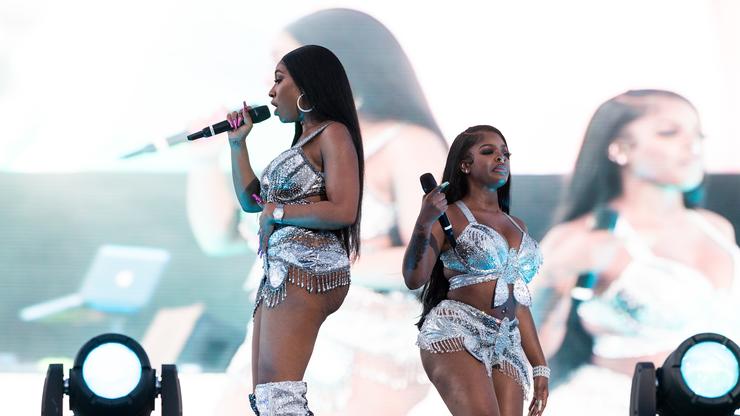 Yung Miami proclaims that her fellow City Girls rapper JT is the Queen of Rap.

Although the City Girls will no longer be releasing their third studio album alongside Beyoncé’s Renaissance this Friday, the Miami-bred duo is still letting the industry know that they have female rap on lock. Yung Miami, in particular, recently took to Twitter to touch on City Girls’ role in Hip-Hop, and while doing so, she fired off a scorching hot take.

According to the Caresha Please podcast host, JT is currently leading the current wave of female rap.

In a recent tweet, REVOLT sparked a debate about female rap by asking its followers, “Who is the queen of rap?” That’s when Yung Miami dropped a major hot take and responded to the tweet by saying, “JT.”

The moment served as a heartfelt nod to her longtime collaborator, and after releasing a string of successful singles — from the Fivio Foreign-assisted “Top Notch” to the Usher-assisted “Good Love” — over the last several months, some fans may think that JT is a worthy Queen of Rap candidate.

With other female rappers like Nicki Minaj, Cardi B, Megan Thee Stallion, Coi Leray, and Glorilla also having big years so far, the Queen of Rap debate is likely far from over. Let us know if you agree or disagree with Yung Miami’s hot take in the comment section below, and keep it locked to HNHH for more City Girls-related news.