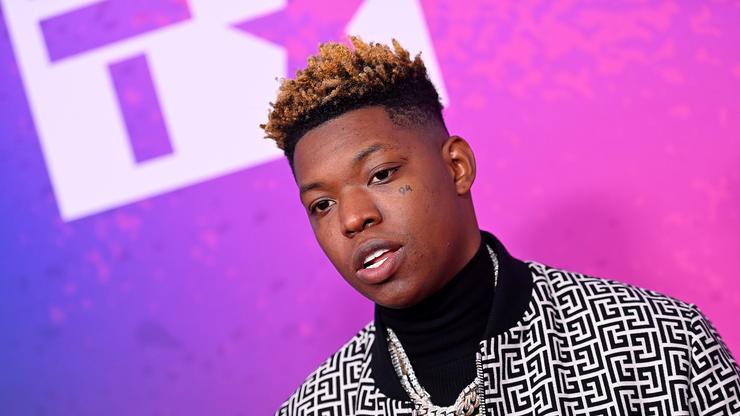 He and his team were reportedly near Bossa Nova restaurant on Sunset when the incident occurred.

Five months ago, news surfaced that Yung Bleu had been arrested in Georgia, but later, the singer came forward to suggest it had all been a misunderstanding. As he presses forward with his career, including releasing a collaboration with Ne-Yo today (January 21), news broke that Bleu and his team were once again confronted with legal issues.

The Shade Room reports they have exclusive details about this recent incident, stating that Bleu was taken into custody following an alleged attempted robbery and shootout.

According to the outlet, things took a turn last night in Los Angeles when Bleu and his crew were on Sunset Blvd at the popular Bossa Nova restaurant. As they were waiting on their food, someone allegedly attempted to rob the singer and his entourage, but instead, the would-be thief found themselves involved in a shootout. Nothing was stolen, but “Bleu’s manager was grazed with a bullet.”

Understandably, Bleu and his entourage immediately left but reportedly had to return to the location to “get the car.” It was then that Bleu and his brother were arrested by police on charges of “criminal negligence and possession of a firearm.” It is unclear where this happened in relation to the restaurant—if it was on a nearby side street or directly in front. The entrance to Bossa Nova is a popular location with lots of foot and vehicle traffic, so it is unknown if there were direct witnesses to the incident.

It’s also reported that “they robbed somebody next to Bleu’s team, and then started coming towards them,” and that’s when gunfire was exchanged, our sources exclusively confirmed.

Our source also says “When they ran around front they caught Bleu and his team on camera. No camera was on the side street where it started.” The source continued to say, “The camera angle it had only showed them with guns,” and not the perpetrator.

The alleged attempted robbery suspect was able to flee the scene undetected. A physical description has not yet been shared publicly.