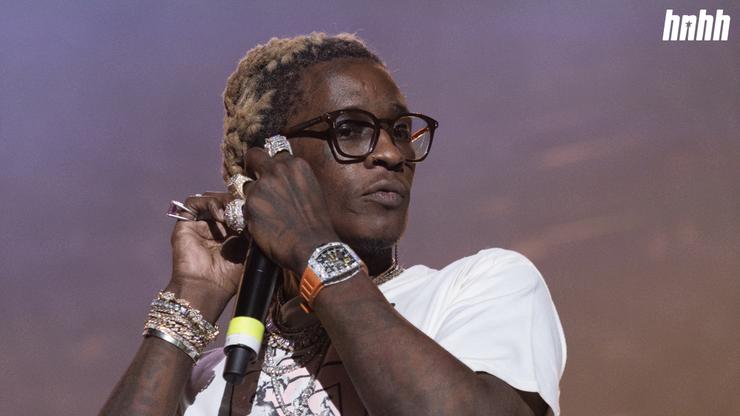 Young Thug stopped by The Breakfast Club for the first time ever, where he handed Charlamagne Tha God an “L” over his Rich Homie Quan prediction ten years ago.

About a decade ago, Charlamagne Tha God went on the record to say that he predicted Rich Homie Quan would have a longer, more impactful music career than his Rich Gang partner Young Thug. Having made those comments, and then getting on Birdman’s bad side a few years later, Charlamagne was never blessed with an interview from Jeffery on The Breakfast Club. Considering how close Thug is to Birdman, he was seemingly boycotting the platform after the three hosts failed to “put respect” on Baby’s name. Ten years later, Thug has officially made his first appearance on the hip-hop radio show, speaking about his new album Punk, making “Way 2 Sexy” with Drake and Future, and much more.

At the beginning of his chat with Charlamagne and Angela Yee, Jeffery answered why it took such a long time for him to make his first appearance on the show, which led Charla to discuss his initial prediction with regards to Thug and Rich Homie Quan‘s future.

“I will say, I made one of the worst hip-hop predictions about ten years ago when I did VladTV, they asked me who gon’ be around longer, Rich Homie Quan or Young Thug? I said, probably Rich Homie Quan. Clearly, I was wrong,” said Charlamagne.

“[laughs] How you feel about that?” asked Thugger.

“I mean, you don’t get ’em all right!” replied Charla before clarifying that he did give Thug his flowers over how he uniquely used his voice as an instrument back then.

“You was wrong!” stated Thug, which Charla agreed with.

Charlamagne also said that he thought that maybe because of how “deep” Thug was in the streets at the time, he might not have been the perfect candidate for a successful music career. As Thug states in “Tick Tock,” he was a capo in his ‘hood way ‘fore a plaque or a mention, but that clearly didn’t stop him from becoming one of the most influential artists of the current generation.

Watch Young Thug‘s debut appearance on The Breakfast Club below.