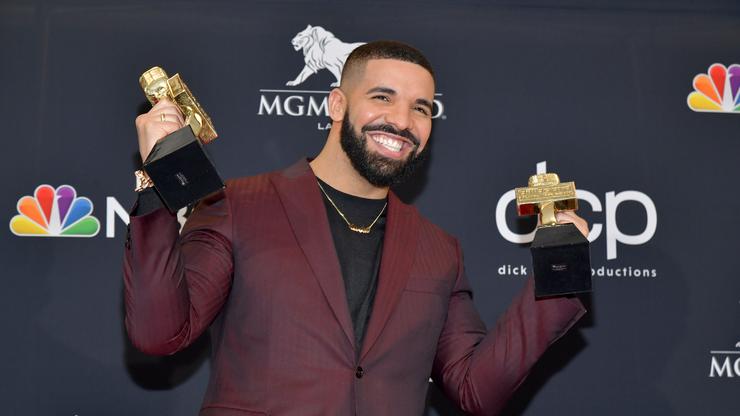 Drake‘s second studio album, Take Care, has now spent 450 cumulative weeks on the Billboard 200 chart, the third-most for a rap album in history. The 2011 album is currently sitting at #88 on this week’s chart.

The only other rap albums to chart for more weeks are Eminem’s Curtain Call: The Hits, which spent 550 weeks on the charts, and Kendrick Lamar’s Good Kid, M.A.A.D City, which is just ahead of Take Care with 468 total weeks.

Take Care isn’t Drake’s only album on the Billboard 200. His newest project, Certified Lover Boy debuted at #1 on the chart, earlier this year, and locked the spot down for several weeks, despite competing with Kanye West’s Donda. CLB was certified platinum in September.

Thank Me Later, Nothing Was the Same, Views, and Scorpion are all also certified platinum. In 2020, Nothing Was The Same reached over 350 cumulative weeks.

Eminem is the only rapper with more albums over 300 weeks with The Eminem Show and Recovery, in addition to Curtain Call: The Hits.