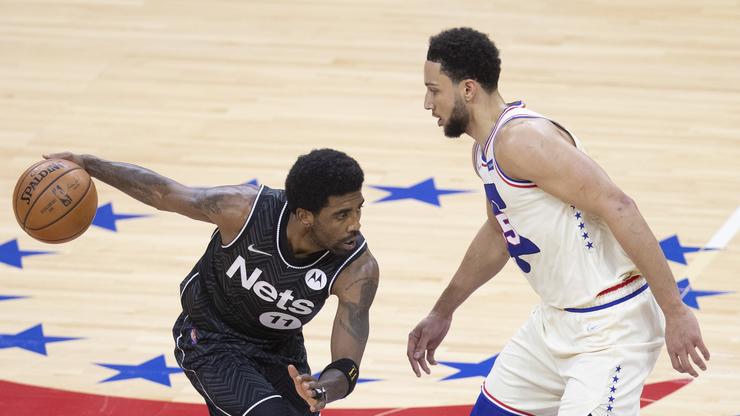 A new Morning Consult poll shows that Simmons and Kyrie are the most disliked players in the NBA.

As of right now, Kyrie Irving and Ben Simmons are the two biggest newsmakers in the NBA. Simmons is looking to be traded by the Philadelphia 76ers, all while Kyrie can’t play because of his refusal to get the vaccine against COVID-19. Needless to say, these two situations have fans at odd with each other, and it remains clear that the two players are heavily disliked in their respective markets, and more widely, around the NBA as a whole.

In a new poll from the Morning Consult, it was revealed that Irving and Simmons have the lowest favorability rankings amongst all of the players in the NBA. Fans seem to be kind of fed up with them, and they were the biggest targets of scrutiny in the poll.

“Guard-forward Ben Simmons… tied with Nets guard Kyrie Irving for last in net favorability (13) and had the second-highest share of unfavorable responses with 19 percent.

Irving tied with Simmons for last in net favorability and had the highest share of unfavorable responses with 24 percent. That’s double the 12 percent who had a negative opinion of him in Morning Consult’s 2018 “Most Loved Entertainers” report.”

It remains to be seen what can be done to change these opinions although it’s probably going to take a Herculean effort from both of them. Regardless, we’re sure they don’t mind too much as they are still raking in millions while most fans simply express frustration on social media.