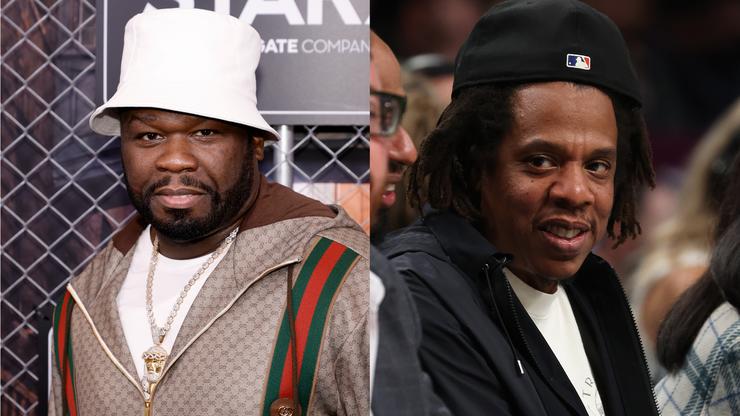 Jay-Z previously revealed that he warned the Roc-A-Fella roster of 50 Cent.

Young Guru revisited the time in the Roc-A-Fella era when their reign was going to be challenged by 50 Cent. The legendary engineer sat down with Math Hoffa on My Expert Opinion where he detailed how Fif posed a threat to the music industry at large. Guru explained that everyone from Roc-A-Fella just happened to be in the studio around the time they were crafting Blueprint 2.

Jay previously detailed this conversation during a 2013 interview with The Breakfast Club, and the clip has circulated frequently in recent years. However, Guru explained that 50 Cent‘s strength in his hook writing abilities is what put everyone on notice, specifically Tony Yayo‘s “I Know You Don’t Love Me.”

“Jay acknowledged it early, he was like, ‘Y’all gonna have to deal with this dude, he’s coming.’ … State Property got trapped in the Dame and Jay break-up,” he continued.