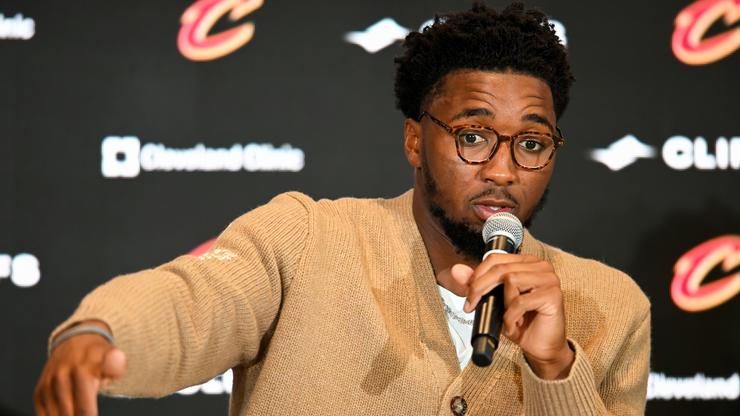 Ainge said that the Jazz players didn’t believe in one another.

Donovan Mitchell is now a member of the Cleveland Cavaliers as the Utah Jazz decided to kickstart a rebuild this summer. It all started with the blockbuster trade of Rudy Gobert to the Minnesota Timberwolves, and it has since evolved into Mitchell going to the Cavaliers. The decision was made by none other than Danny Ainge, who claimed this week that the Jazz players did not believe in one another.

There had been rumors about Mitchell and Gobert not getting along, so it was interesting to see Ainge confirm this concept. In the eyes of Mitchell, however, Ainge simply isn’t telling the truth. During an ESPN interview, Mitchell said that he told the front office to keep Gobert and that he wanted to figure things out.

“I don’t think we didn’t believe [in each other],” Mitchell said. “I said at the end of the season, don’t trade [Rudy Gobert]. Let’s figure this out, let’s do. And that didn’t happen. For him to say that after six months around the team, I disagree. But you know, at the end of the day, that’s his decision.”

Now, Mitchell will have to figure it out in Cleveland who has built a young roster that is ready to start competing in the Eastern Conference. There is no telling how Mitchell will fit in with the Cavs, but he is an amazing offensive talent and we’re sure he will be just fine.

Stay tuned to HNHH for more news and updates from around the NBA world.