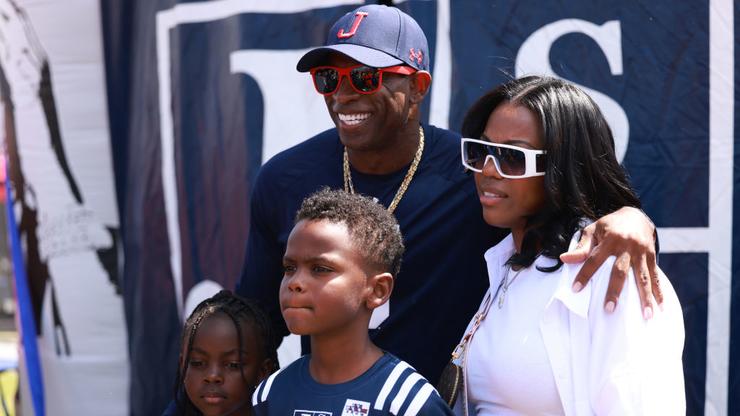 JSU named their tunnel after the late Memphis rapper.

It’s been nearly a year since the tragic passing of Young Dolph, and thousands of fans are still mourning his death. On November 17, 2021, the 36-year-old was gunned down in Memphis, TN at Makeda’s Cookies– which is set to reopen soon. Since then, a number of memorials have been held in his honor, and a particular university has been added to that list.

Yesterday (September 18), Jackson State University, located in Jackson, Mississippi, unveiled its tunnel for the first time. They paid tribute to the late rapper by naming it after him. To show their love and appreciation to his family, they invited his two children, partner, and Key Glock to see it come to fruition.

Mia Jaye, Dolph’s longtime partner, captured the moment and shared it with her Instagram followers. She recorded her kids pulling back the tunnel’s curtain and wrote, “Baby, your family is so proud of the seeds you sowed while on earth and are honored and proud to be apart of Your legacy. You deserve all the love you received in and after life… We love you.”
Key Glock was also there to celebrate the unveiling, and he decided to give a gift as well. After the team’s 42-point win, the rapper joined them in the locker room to say congrats. While there, he gave their head coach, Deion Sanders, a gift from Dolph and himself. Wrapped and boxed tightly was a gold ring that read “PRE” for Paper Route Entertainment.