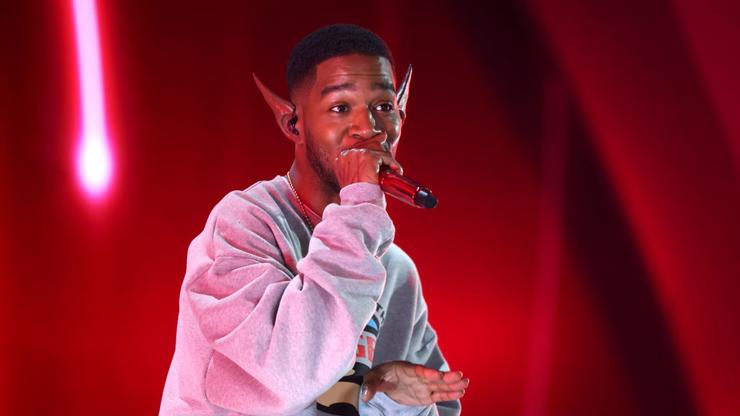 Fans have been speculating online that producer Mike Dean could have something to do with the leak after his recent beef with “Mid Cudi.”

Kid Cudi‘s follow-up to 2020’s Man On The Moon III: The Chosen is due out in just a few weeks, but ahead of the scheduled release date, a leak has seemingly appeared online – though it’s likely not the cut that Scott Mescudi wanted the world to hear.

As HipHopDX reports, on Saturday (September 17), fans noticed several tracks appear online that were due to land on ENTERGALACTIC‘s tracklist. Unfortunately for listeners, this was no ordinary leak as someone has taken the liberty of editing the audio to include fart sounds throughout.

Seeing as he recently expressed his disdain for “Mid Cudi” on Twitter, producer Mike Dean was dragged into the conversation as someone who could’ve potentially played a role in the “prank.”

“I used to think @therealmikedean was cool until I realized he’s just an old weirdo that spreads Twitter hate and acts like a childish school bully lmao,” one user speculated after coming across the tainted ENTERGALACTIC arrivals. “Mf leaked his album cus he didn’t make the cut of the tour, shits immature and weird to me, especially for a dude that’s like 70.”

Further fueling the fire, Dean replied to a post reading “Mike Dean sends his regards bitch” with a simple “Lol.”

When someone openly pondered “Why everyone hates Cudi now all of a sudden?” the producer replied with “Cudi is awesome.”

As you may remember, a rift appeared to come between the recording artist and the 57-year-old after the former removed the latter from his Moon Man’s Landing Festival lineup, which took place yesterday (September 17) with performances from Playboi Carti, Pusha T, Don Toliver, Bone Thugs-n-Harmony, and Strick, just to name a few.

Around the same time, Dean vented about the situation on Twitter, writing, “D*ckhead cancelled me just from jealousy. Just because I was on tour with The Weeknd. Also, there’s more people in a half-full stadium when I play than when Mid plays the small arenas.”

ENTERGALACTIC is due to officially arrive on DSPs – free of unwanted surprises – on September 30. Check back in with HNHH later for more music updates.