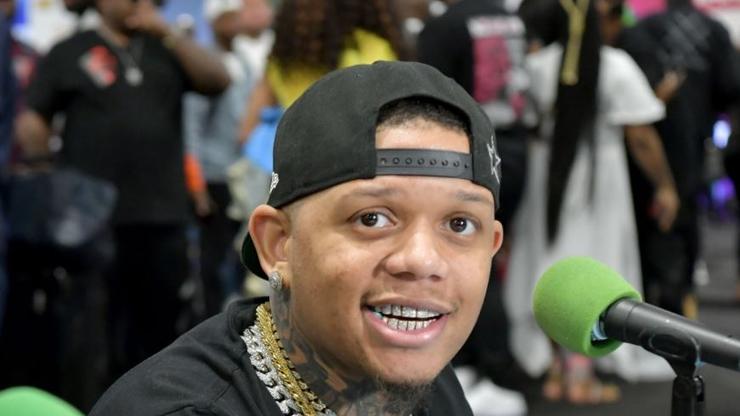 The blogger claims a publicity team has been contacting him repeatedly about covering the leak.

Over the weekend, Texas rapper Yella Beezy became the latest victim to suffer a nude leak. It didn’t take long for social media to light up after what looked to be surveillance footage of the rapper inside of what was reportedly his home. In the clip, Yella Beezy is reportedly seen wearing a shirt while his pants and underwear are around his ankles as he walked. People commented by the thousands on the rapper’s manhood, and while this is often seen as being embarrassing for public figures, DJ Akademiks suggests t the leak may have been for publicity.

On Tuesday (January 5), Akademiks tweeted that he’s been contacted multiple times about sharing the NSFW footage of the Dallas native. “This one PR team been going mad hard tryna seed coverage about Yella Beezy D*ck video getting leaked or something,” wrote Ak. “I don’t think they’ve even sent me his music as many times as they keep hitting me bout his penis being exposed.. anything for promo I suppose.”

When asked why he tweeted about it, Akademiks responded, “To let u know labels Down to promote a n*gga music by any means necessary even if it means sending a video of his D*ck to blogs.” Yella Beezy hasn’t directly addressed the video leak, but it continues to circulate. We here at HNHH, of course, can’t share the video, but if you’re really curious, social media can accommodate. Check out Akademiks’s tweet below.