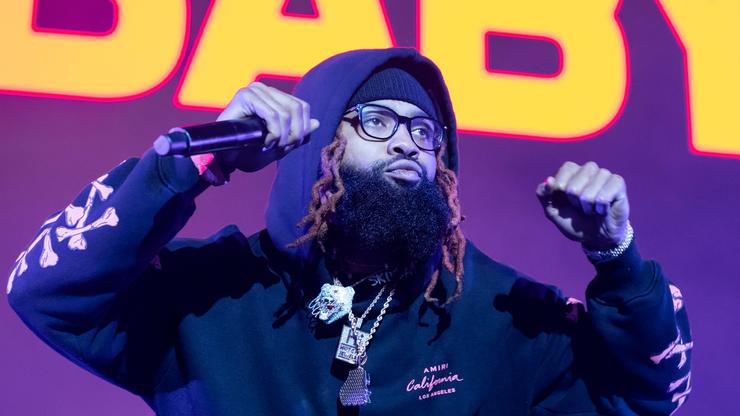 He added that they’ve known him “less time than other well known artists” but still “showed the most love.”

A common phrase in the entertainment industry is “it’s not what you know, it’s who you know.” Yet, even with the right connections, many find themselves struggling to find their big break. Detroit rapper Sada Baby recently became a viral sensation after his hit “Whole Lotta Choppas” became a craze on TikTok, and soon, Nicki Minaj jumped on the remix. While Sada Baby is an artist on the rise, he shared on his Instagram page that he’s never had to rely on anyone to add zeroes to his bank account. Additionally, he revealed out of all the artists he knows, Lil Yachty, Nicki Minaj, and G Herbo were the ones who supported him.

“Made a million and some last year and not from no f*ckin streams,” Sada wrote in a since-deleted post. “I kould kare less about any industry relationship, don’t need n never needed no mf who ain’t from where I’m from. I got enough family, so respectfully ima disrespect whoever ain’t wit gang.” In another, similarly styled upload, Sada Baby shared a few more thoughts.

“Lil Boat, Nicki, Herbo, showed the most love,” he added. “And they know me less time than other well known artists. It just show you everybody ain’t genuine.” In the caption Sada added, “And after today I ain’t makin no mo post talkin. I got bout three mixtapes im boutta throw on YouTube kuz I feel like it.”

Check out his posts below and let us know if you’re looking forward to his mixtapes.