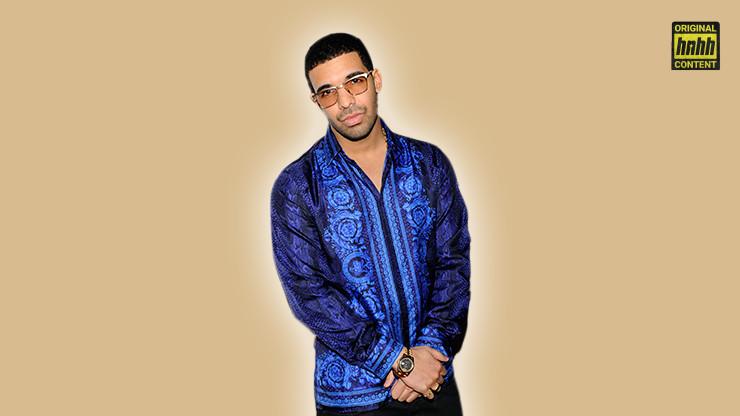 On the 10th anniversary of Drake’s sophomore album “Take Care,” we reflect on why it is among the most important albums in his discography.

It’s 2021. That means, ten years ago, it was 2011. Seemingly innocuous as the year might have been during the time it was unfolding (aren’t they all?), it’s proven, as happens with retrospect, to be an important year insofar as it set our future torchbearers of hip-hop on each of their respective paths.

Among that generation of torchbearers, there was Drake. A fresh-faced, suburbia-friendly rapper, one who wore cardigans and openly pined for his lost loves, or romantic wishes, who unashamedly unpacked his emotional baggage and detailed his late-night thoughts over r’n’b-tinged beats. As a genre– this was all new to us.

Gangsta rap had been on its decline, to be sure, and Kanye West helped loosen things up when it came to emotionally-charged rapping, with the divisive (that is, in 2008) 808s & Heartbreak. The logical continuation of this budding trend: Drake.

And so, in 2009, Drake dropped what would be his third mixtape, but his first with long-time collaborator and basically exclusive-to-Drake-producer, Noah ‘40’ Shebib– the not-so-secret sauce in what would come to define Drake’s sound. So Far Gone solidified the rapper as someone to pay attention to; our ears collectively perked up with the pop-friendly, but H-town-inspired, slowed-down sound of “Best I Ever Had.” Drake not only tapped into a side of hip-hop that had yet to be fully explored, but it was also a side that allowed the artist to cast a wider net when it came to his fanbase, at least when compared to the overt gangster, and aggressive approach of someone like 50 Cent.

Two years later, and Drake was on the precipice of his sophomore album, the album that inevitably arrives with a certain amount of concern and speculation– an idea that was verified enough times to coin the term “sophomore slump.” And there was apprehension with Take Care. After all, Drake’s debut, Thank Me Later, despite being as hotly-anticipated as basically any and all Drake albums are, proved to be a bit dull, a seemingly watered-down version of the sound we were expecting, with a few moments of brilliance such as “Over.”

So, it’s not like Drake (still) didn’t have something to prove. Quite the opposite, and he was aware of it, too. It’s not only something he touched on himself in the interviews that lead up to the release of Take Care — he made a pointed effort to ensure a better quality body of work, too. He returned home, to Toronto, surrounding himself with familiar faces and territory; the nostalgia of which would also seep into the music.

In an interview with Complex about the album, executive producer 40 said at the time, “We had a little bit more of an opportunity to stay home this time. And that made it feel a little bit more like So Far Gone as far as the process was concerned. Also Thank Me Later being our first major-label project, we really were more restricted than we are now.”

While Drake mentioned in an interview with EW: “…With the Thank Me Later process I was almost trying to create some stories for myself to rap about because everything was going so fast. I was in such demand at the time that I was almost disconnecting with what was going on around me. It was kind of hard to tap into the psyche of myself. I could still make great songs. But it was hard to give people a huge part of Aubrey at that time. I didn’t have that much going on other than work. For this album I spent a lot of time in Toronto. I’ve been here for the longest time since my career started.” He later personally ranked his albums as follows; Thank Me Later last, So Far Gone second, and Take Care first, when asked by GQ.

With this, we can clearly see the framework that allowed Take Care to be one of Drake’s best albums. He had not only rid himself of the sort of major label requirements and expectations that often come with a big debut, and even fulfilled certain fan demands; he also took the necessary steps to create an environment for himself that would foster the best possible new music, and he recognized what he needed to put into the songs, lyrically and melodically, in order to do that. In the end, he created one of the strongest tracklists in his discography today, maturing his r’n’b-mixed sound while beginning to dabble in those timeless ‘wedding’-ready records like “Take Care,” furthering the enduring appeal of the album as a whole.

LISTEN: Drake “Over My Dead Body”

As has essentially become a Drake tradition, the first song on Take Care is a slow-moving piano-laden ballad that offers reflective raps on Drake’s current time and space — and most often, that ‘time and space’ is one of complete loftiness and prominence. This vantage point, however, only came into view around the Take Care era. Thank Me Later’s intro, “Fireworks,” does offer meditations from Drizzy, and it also follows that piano-slow- jam template, however, the tone of the record is more so of gratitude and surprise, as the artist is still coming to terms with his growing stature and wealth: “Money just changed everything / I wonder how life without it would go / From the concrete who knew that a flower would grow / Lookin’ down from the top and it’s crowded below / My fifteen minutes started an hour ago,” he raps. By the time Take Care rolled around, Drake was essentially undeniable, and it seems the knowledge of this had finally sunk in.

“On Thank Me Later I said something like “I wish wasn’t famous. I wish I was still in school.” At that time that was really how I felt. But when I listen back to it… I’m more confident now,” Drake said in the same EW interview. He continued to explain, “My friends all have money and they’re getting their own places. I can’t do another album about wanting to go backwards. I can’t go back to the old me. It’s impossible. I’m proud of who I’ve evolved into, for sure.”

The confidence Drake mentioned is evident across Take Care, whether it’s calling his colleagues’ flows boring on the album opener, to taking credit for a woman’s style on “Shot For Me,” or else the modern lo-fi masterpiece “Crew Love,” where Drizzy boasts, “And really, I think I like who I’m becoming / There’s times where I might do it just to do it like it’s nothing.”

At this point in time, the success and wealth that were starting to accumulate around Drake were relatively new to him, blossoming tenfold alongside his confidence (or perhaps, his confidence, a symptom of it) — whereas, present-day, Drake’s possibilities when it comes to unimaginable luxury are not only all attainable but seemingly infinite. With his second studio album, rapping about such opulence was still fresh ground. While, with So Far Gone, Drake’s life was certainly in the process of deep change, there was still plenty to reflect on that had happened in a more recent and tangible past, life fodder that translated to his lyrics. This idea could certainly play into what makes Take Care such a special album within Drake’s discography, and perhaps so memorable too. Drake had fully embraced an exciting new lifestyle while maintaining his earlier years’ relatability.

Take Care then, while re-affirming our expectations of Drake, also helped ensure the direction the artist would take in the future. The album’s strengths actually lie in the most Drake-esque aspects of the album– the type of records that established Drake as Drake. There’s the opening song for its reflective nature, a pop-friendly hit single that could not be avoided in “Headlines”, a slow-dance and lovers’ anthem with the title track, a drunk late-night-text manifesto with “Marvin’s Room,” a bars-heavy lyrical flex on “Underground Kings,” a tribute or ode to the previous era with a unique sample on “Practice,” and the slight adoption of another artist’s (then-) trending sound in a song like “Crew Love” and “The Ride.” Of course, this skims the finer details but helps put into view what we’ve come to expect from Drake musically, over the years.

And, while So Far Gone may be considered Drake’s best project, without much debate involved, the rapper has seemingly always struggled to keep our attention with each new album he releases, despite the clear anticipation that precedes each such album. Perhaps this is a direct result of the sheer amount of expectation and hype that leads up to a Drake album, however, it often feels as though the conversation that follows any given Drake album is one that highlights disappointment or missed opportunities and lost expectations, rather than celebrating the body of work as a whole, and debating its possibility within the canon of rap classics. The opinions on Drake albums remain wide and varied when it comes to which album is the best. Nonetheless, with Take Care, there was a definite moment of standstill appreciation for it, pretty much across the board– reviews leaned heavily into praise for Take Care, naming the lush, warming soundtrack among Drake’s smoothest and most complete, while cementing his persona and his unique twist on the genre. This remains true to this day, pushing Take Care above and beyond the rest of his catalog as one of the most important albums in the rapper-turned-pop star’s career.