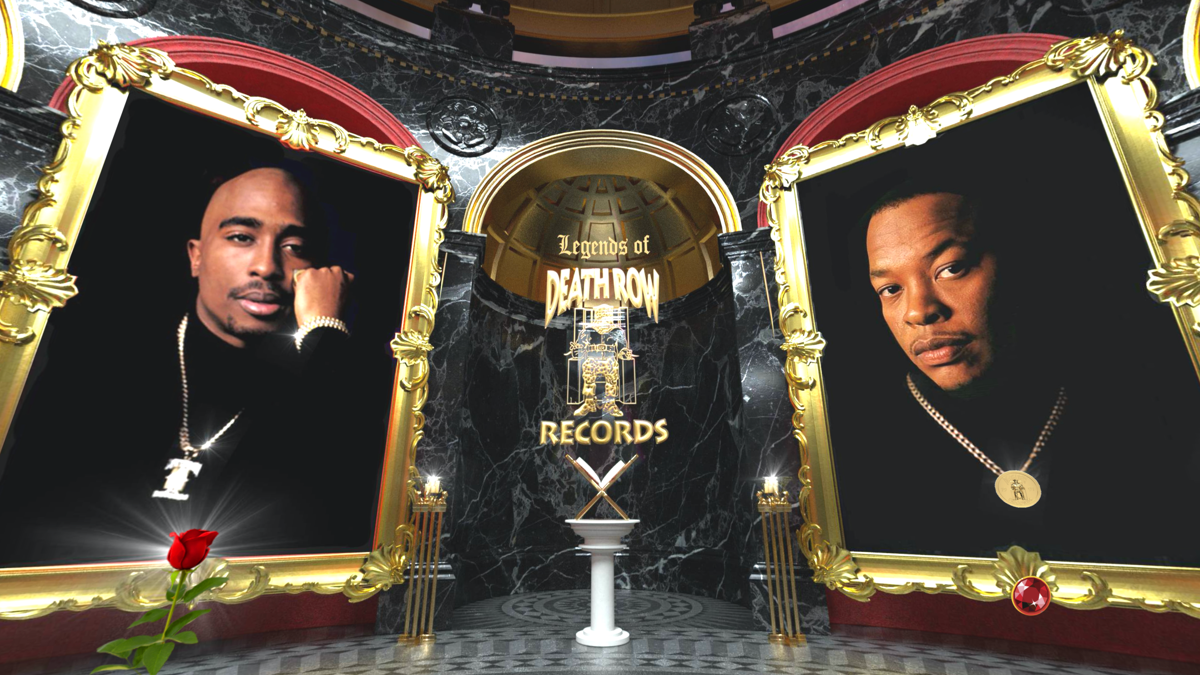 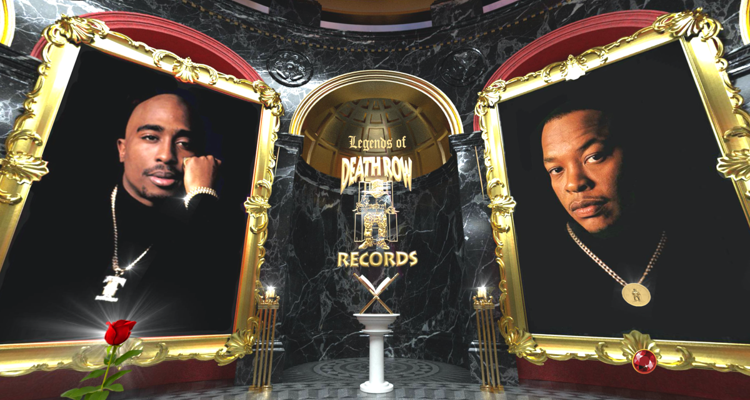 Here’s the origin of Death Row Records and how it got started.

In 1986, N.W.A.’s Dr. Dre signed to Ruthless Records. He was head of production at the label and produced a large number of Ruthless Records projects – many of them successful. Feeling underpaid for his role, Dr. Dre became frustrated with Ruthless. Following the departure of Ice Cube in 1989, Suge Knight and the D.O.C. began looking for a way away from Jerry Heller.

Dr. Dre and Suge Knight, along with the D.O.C. and Dick Griffey then started working on a new record label for themselves. The name of the new music venture was originally called Future Shock. The D.O.C. claims to have suggested the name ‘Def Row’ as a play on Def Jam.

The Unknown DJ already owned the naming rights to Def Row. He says he created the name for a potential record label under Morgan Creek. However, he later sold the rights to Dr. Dre and his partners in 1991. In 1992, the group decided on Death Row Records as their final name. Suge Knight approached Michael “Harry-O” Harris to set up Godfather Entertainment as a parent company for the newly founded record label.

How did Death Row Records get the cash to get started? From Vanilla Ice, believe it or not.

Suge Knight later approached Vanilla Ice about royalties not paid for “Ice Ice Baby.” According to rumors, Knight showed up at Vanilla Ice’s hotel one night and implied he would throw Vanilla Ice off the 15th story balcony unless he signed the rights to the song over to Knight. Here’s how Vanilla Ice recalls it.

“He didn’t threaten me. He just came in and said, ‘Listen, this is my city. You wanna play? You gotta pay. Everybody else does,” Ice said in an interview. “He ran off the roster of all these people, and he goes, ‘I got Eddie Murphy. I’ve got Arsenio Hall. I’ve got Dan Patrick on here. They all pay me when they come to my city.’ And I go, ‘Well, I guess I gotta pay you then.’”

“He didn’t have to hang me from no balcony or slap me around or nothing,” the rapper continues. “It never happened. In fact, it was really weird, because he was nice. He was actually nice. And it was really strange because he’s huge.”

Work on The Chronic began around that time, which heavily features Snoop Dogg and the rest of the label’s core roster at the time. The album sold 5.7 million records in the United States and helped establish the West Coast style of hip-hop. At the time the Death Row roster included Dr. Dre, Snoop Dogg, Daz, Kurupt, Nate Dogg, Lady of Rage, the D.O.C., RBX, and many others.

Following a visit to Tupac Shakur at Clinton Correctional Facility in New York, Suge Knight made some disparaging remarks about Sean “Puff Daddy” Combs, then head of Bad Boy Entertainment. He was the leader of the New York rap scene, but Suge Knight urged artists unhappy with BBE to join Death Row. It helped flare tensions surrounding the West Coast vs. East Coast rappers.

From 1995 to around 2000 the two rap scenes collided in America, often violently. In 1995, part of Suge Knight’s entourage was shot and killed. Puff Daddy has denied any involvement in the shooting and the case still remains unsolved. Following the shooting, Suge Knight visited 2Pac in prison and posted $1.4 million bail. 2Pac began work on his Death Row album.

Dr. Dre was growing frustrated by Suge Knight’s increasing violence within the label. He contributed to two tracks on 2Pac’s All Eyez on Me. However, Dr. Dre officially left Death Row Records in 1996 to form Aftermath, which provoked 2Pac to turn against Dr. Dre.

The Breakdown of Death Row Records

Both MC Hammer and Tupac Shakur signed with Death Row Records in 1995. Following the death of Tupac in 1996, MC Hammer left the label. The death also split eath Row’s roster into two separate camps. Daz was now a head producer who worked on Snoop Dogg’s second album Tha Doggfather. Meanwhile, 2Pac shut himself into the studio and crafted The Don Killuminati: The 7 Day Theory. That album did not feature any high-profile Death Row guest appearances.

During a trip to Las Vegas, Nevada, Tupac was asked if Death Row East was a possibility. But in 1996, Suge Knight and 2Pac were caught on surveillance camera at the MGM Grand Hotel attacking a gang member. Later that night, 2Pac was shot four times in a drive-by shooting. He died six days later at just 25 years-old.

On February 28, 1997, Suge Knight was convicted of parole violation and sentenced to nine years in prison. The conviction caused Interscope Records to drop their distribution deal with Death Row. Suge Knight’s control over the label diminished and artists like Nate Dogg, Snoop Dogg, Kurupt, and The Lady of Rage left.

The Bankruptcy of Death Row Records

On April 4, 2006 both Death Row Records and Suge Knight simultaneously filed for Chapter 11 bankruptcy protection. During this process, Suge Knight lost control of the label as unsecured creditors came forward.

WIDEawake Entertainment Group was created in 2006 by Lara Lavi. In 2009, the label was successfully auctioned to the company for $18 million. WIDEawake Entertainment was able to purchase the label thanks to financing provided by New Solutions Financial Corporation. But by November 2009, Lara Lavi was removed and Robert Thomson had taken over day to day operations. New Solutions Financial Corporation was eventually exposed as a Ponzi scheme.

In 2012, the company was bankrupt and sold the label and catalog to a publicly held company called Entertainment One. The group invested $6 million to purchase the music library assets of Death Row.

On August 23, 2019 American toy company Hasbro announced a $4 billion purchase of eOne. That meant the ownership of the label transferred to one of the largest toymakers in the United States. In April 2021, Hasbro announced it would sell-off eOne Music to The BlackStone Group. That acquisition was completed in June 2021.

On April 18, 2022 it was announced that Death Row Records would have its own streaming service. Snoop Dogg cited the low royalties services like Spotify pay as the primary reason for focusing on streaming himself.