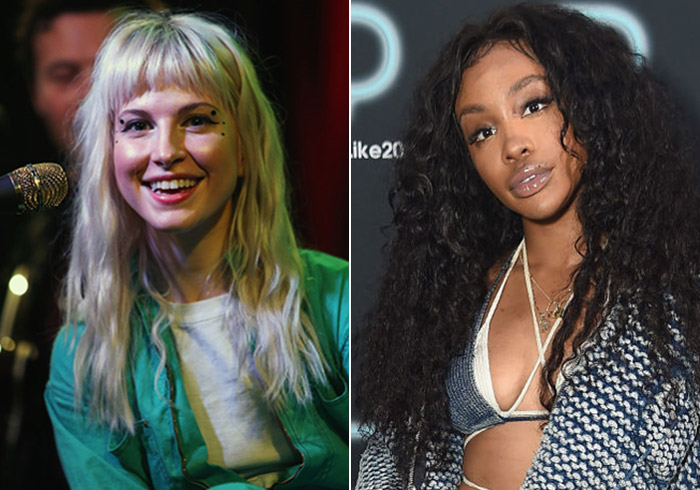 SZA has already been covered by the likes Alessia Cara, Khalid, and Miguel. Now, the alternative rock band Paramore takes on the TDE songstress’ Ctrl standout “20 Something.”

During a recent concert, Paramore frontwoman Hayley Williams incorporated lyrics during a rendition the group’s “Grow Up.” “How could it be?” she sang. “20 something, all alone still / Not a thing in my name.”

SZA was flattered by the cover, gushing about Williams on Twitter. “Literally slap me,” she wrote. “Shits CRAZY . Wow . Go OFF queen.” Williams replied: “you know i tried lol. love you & your music. Garden ?! (help me lort).”

Hayley has beamed about Ctrl for months. In November, she said that the album was among those that helped her “through a whole lot this year.” Before that, in July, she tweeted: “so many great melodies/lyrics on this album. @sza congrats on your art.”

This is not the first time Paramore has covered a popular hip-hop/R&B song. In June, the group also flipped Drake’s “Passionfruit” on BBC Radio 1.