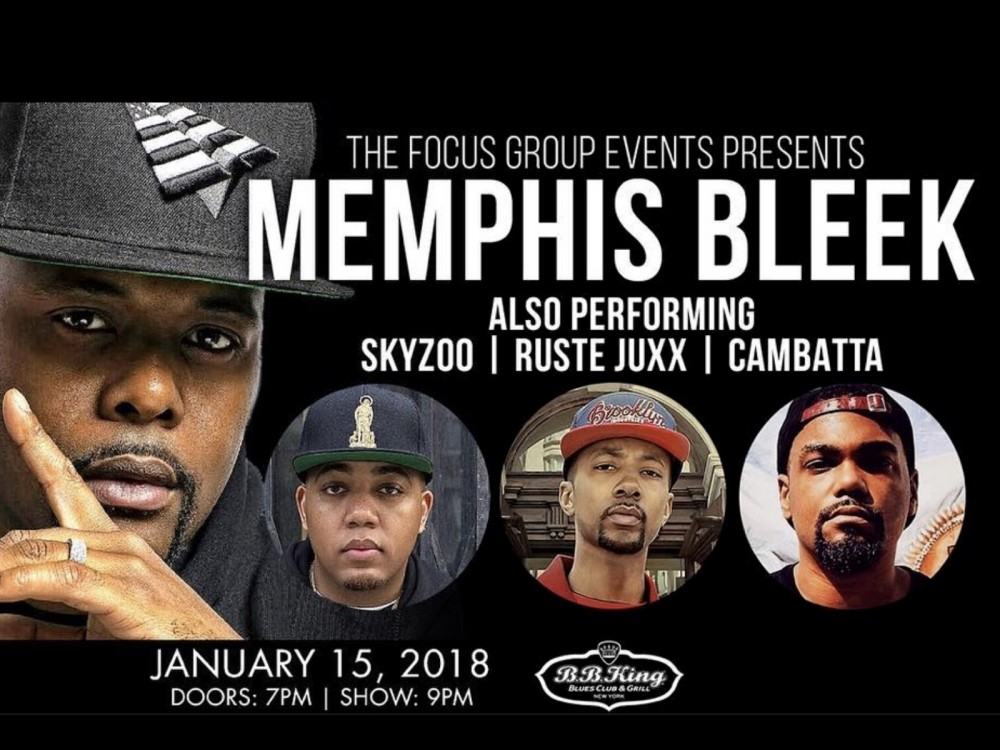 Tired going to boring concerts? Need a reason to hit up the Big Apple? Want to see one the Roc-A-Fella legends in-person?

Reason 1: Respeck On His Name

The first reason you should go check out Memphis Bleek at B.B. King’s Blues Club & Grill on Monday, January 15 is because he’s a certified hip-hop veteran who has rapped with some the greats. In the 2000s, Bleek was like Picasso with the way he sampled classics and the beat was his canvas. His debut album Coming Age and The Understanding represented the transition from 90’s beats to the age Kanye West and Just Blaze. It’s a nice feeling to just sit back and enjoy that moment in your life where you were able to sit and think about the decade and I know you old heads know what I’m talking about. Memphis Bleek has that song that brings you back to your old day when he was chilling in Marcy projects with the baggy shirts, du-rags with the Air Force Ones.

CLICK HERE FOR MORE REASONS & ENTER TO WIN YOUR OWN CONCERT TIX!