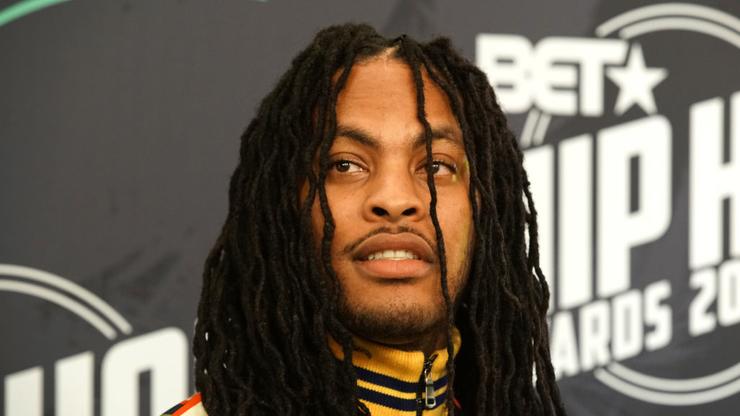 The “What The Flocka” star says he couldn’t deal after his brother’s death.

The world watched on as Waka Flocka transformed from turn up king to to reality tv father in just a matter of years.

The Atlanta rapper has recently been vocal about his transformation via social media, often sharing words of wisdom and his insight on life with his fans. Last month, Waka spoke publicly about his split from wife Tammy Rivera, calling their separation mutual. “Man, I feel like I caused it.,” he shared. The reason we split is…there’s no reason, I’m telling you. It was just a mutual feeling.”

While gearing up for season 3 of Waka & Tammy: What The Flocka, the “Hard In The Paint” also opened up about dealing with his little brother Kayo Redd’s 2013 suicide. “Honestly, it created some selfish personalities,” Waka shared. “I was drinking more, I was turning up. A lot of what I was doing in my relationship, I was drunk. A lot of stuff she would tell me, I never remembered. I’m not even going to exaggerate. My brother died, and I just couldn’t deal. I was just thinking, I’m like, ‘Bro, you’re not ill. You’re tripping.”

He also credits his spirituality for helping him make it to the other side of grief. “I was angry as well, I was. But, again, I had to look at it from a different perspective. I was looking at it with an evil lens. I had to look at it from a perspective of God. Backwards of ‘evil’ is ‘live.’ I had to live.” Fortunately for Waka, he found peace in his life amid loss and divorce, sharing that reading, meditation and a change in diet has help him drastically. “I’ve got this book — I forgot the name of it — but it taught me the art of releaseYou have to learn how to release. You have to. It’s hard. I had to let it go, man.”

Catch season 3 of What The Flocka out now on WE Tv.