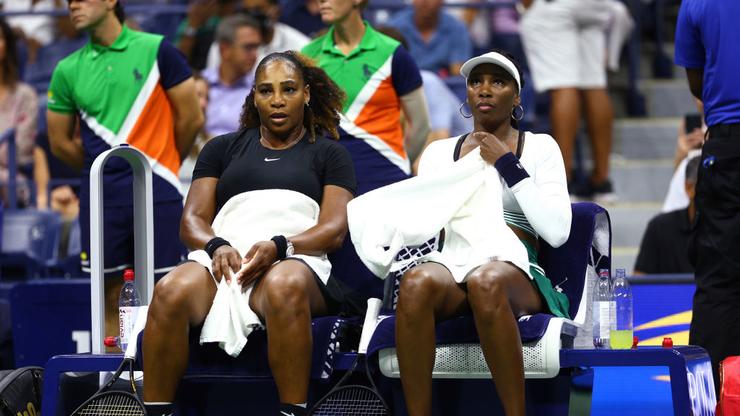 Although they played a great game, the Williams sisters were knocked out of the doubles’ match.

After taking the world by storm with her return to the US Open this week, Serena Williams joined sister Venus on Thursday to take on Lucie Hradecka and Linda Noskova in the women’s doubles match. Staying true to their pioneering nature, the sisters were a part of history once again as they teamed up against the Czech duo, making it the first time a first-round doubles match was held at Arthur Ashe Stadium.

While the veteran tennis champs played an outstanding game Thursday night, they were ultimately bet by Hradecka and Noskova in the first round of doubles matches. The match marks the first time the Williams sisters played together at the US Open since 2014. Despite the loss, Serena will return to the court on Friday to play against Australia’s Ajla TomljanoviÄ in the third round of the singles draw.

On Wednesday, she defeated Anett Kontaveit in the US Open women’s singles second round match. The 23 time Grand Slam Champion is ending her groundbreaking career with a bang. Last month, Serena revealed that she’s retiring from her beloved sport, telling Vogue, “I’m terrible at goodbyes, the world’s worst.” The 40-year old mom says her retire will begin when the US Open tournament is over.  “Please know that I am more grateful for you than I can ever express in words, she shared. “You have carried me to so many wins and so many trophies. I’m going to miss that version of me, that girl who played tennis. And I’m going to miss you.”

Venus Williams has yet to announce her future tennis plans. However, the former world champ in both singles and doubles seems to have enjoyed being by her sisters’ side for what could be her very last game. Check out more highlights below.