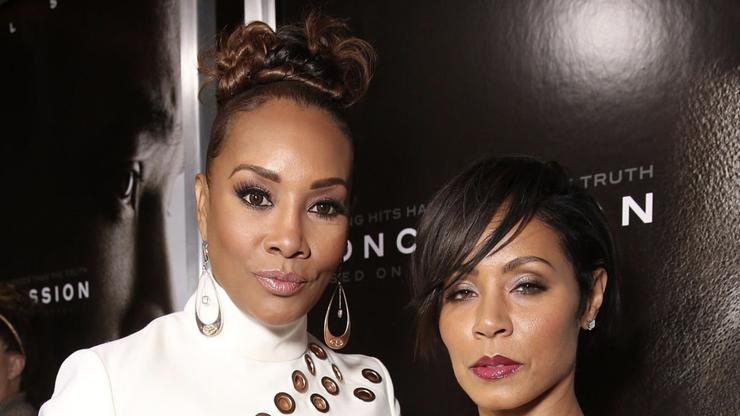 Fox has worked with both Will and Jada, saying that prior to this incident, Will was poised to be “this generation’s Sidney Poitier.”

Fans have been waiting for the moment that Red Table Talk addresses the infamous Oscars slap, and this week, Jada Pinkett-Smith delivered a brief take on the incident involving her husband, Will Smith. The beloved Fresh Prince actor changed the course of his career when he walked onto the Academy Awards stage and slapped his friend Chris Rock after the comedian cracked a bald joke about Jada. The incident has elicited passionate reactions far and wide, and The Academy returned with their punishment: Smith cannot attend any of the organization’s events for 10 years.

That same evening, Smith would go on to make history as he accepted the award for Best Actor, and as people continue to debate what lies in the future for both Smith and Rock, an interesting reaction from Vivica Fox has taken over timelines.

Following Jada’s message regarding her hopes that Smith and Rock can come together to reconcile this division in the future, Fox broke down in tears as she accused Jada of taking “no accountability” for her involvement in the incident.

“This is going to be difficult for me. These are my peers. I’ve done a movie with both of them: Set It Off with Jada and Independence Day with Will Smith, which absolutely changed my life,” said Fox during her stint guest-hosting The Wendy Williams Show. “When I saw this video last night, it made me cry, I’ll be very honest with you guys.”

“Will Smith was defending her honor, that’s the reason he walked on stage and slapped because he felt like his wife had been offended so for me to see no accountability as a partner,” she explained. “Also, let’s not forget, Chris Rock was assaulted. We cannot forget that for basically telling a joke that I really felt wasn’t that bad.” Fox added, “Let’s not forget the show was executive produced by Will Packer, an African American man. This night was a night of African American and diversity for brown and black people. That now will forever be scarred.”

“I have love for the Smiths. I know their children. I’ve watched them grow up,” she said. “I just wish we could have just a little more accountability and for it to not seem so self-righteous on Jada’s part and that’s my feelings.”

Fox’s response has caused a mixed bag of reactions, but you can watch the segment for yourself below.