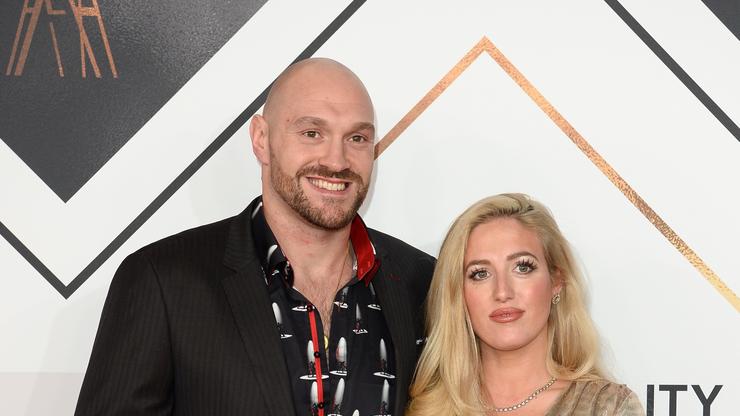 Tyson Fury won a huge match on Saturday night as he defeated Deontay Wilder to retain his WBC Heavyweight belt. The fight went to the 11th round, with Fury ending it with a knockout punch. It was a truly incredible fight and one that had some nervous moments for Fury, who was knocked down twice in the fourth round. There were some who didn’t think he would be able to survive the match but in the end, he powered through and showed people that he’s the best in the world.

After the fight, Fury’s wife Paris spoke to the media about what went down, and how she almost couldn’t watch. She was terrified for Fury as the fight went on, and she was on the edge of her seat, hoping that her husband would make it out alive. As she notes, Fury hasn’t been home much over the past few months, and she just wants him back at home.

“Phew. That’s how it feels. (Nerve-wracking) yep, obviously, Anyone who was a fan was nerve-wracked in that fight, so imagine how the wife feels?” Fury said to iFL TV. “It was (terrifying). It’s no good. It’s not nice to watch. It’s horrible. A horrible, horrible situation and I don’t know what to think of it. It looked like [Deontay Wilder] could go at any point. For about three rounds he looked like he should be knocked out but obviously, clearly, he’s a tough man, but obviously not tough enough. Maybe he’ll shut up now and go home and go to bed. Three times now. We don’t want to hear that man’s name again. Let him go do something else that he’s good at. He ain’t good at boxing. That one’s finished and done with, and onwards and upwards for Tyson Fury. I just want him to come home… he’s been at home two weeks in the last six months.”

Now that Fury has won the trilogy against Wilder, his wife can rest easy knowing that he will probably be spending a lot more time at home. After all, who wouldn’t want to relax at home after going toe to toe with a heavyweight like Wilder?