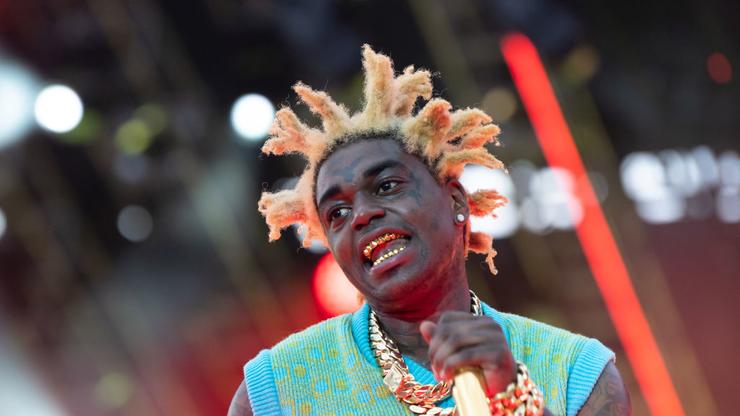 Fans are reacting to a video of rapper Kodak Black seemingly grabbing his mother’s behind and attempting to kiss her on the mouth.

Kodak Back really loves his mother, as he should. However, during a recent party this weekend, the Florida rapper might have gotten to close to his mom for his fans’ comfort.

A video is presently going around social media of Kodak dancing with his mother at a recent event, but some people have noted that they’re uncomfortable watching the clip as Kodak seemingly grabs his mother’s behind a couple of times and tries to kiss her on the mouth.

“Nah Kodak violating his own mommas ass cheeks is WILD,” commented one fan on the video, which shows the rapper grabbing a handful of his mother’s behind. “N***a really on demon time with ma dukes,” added the commenter, sharing stills of the moments Kodak got too close for comfort.

This comes after a rough weekend for Kodak, who briefly deleted his social media channels after letting off a suicidal-sounding tweet. The rapper spoke about how sad and depressed he is, mentioning that he’s thought about killing myself. After a few days, Kodak re-appeared on social media and told his fans that he’s not suicidal and that they don’t have anything to worry about.

Does he have an Oedipus complex though? Some fans would argue that, yes, he does. Check out the video and photos below.