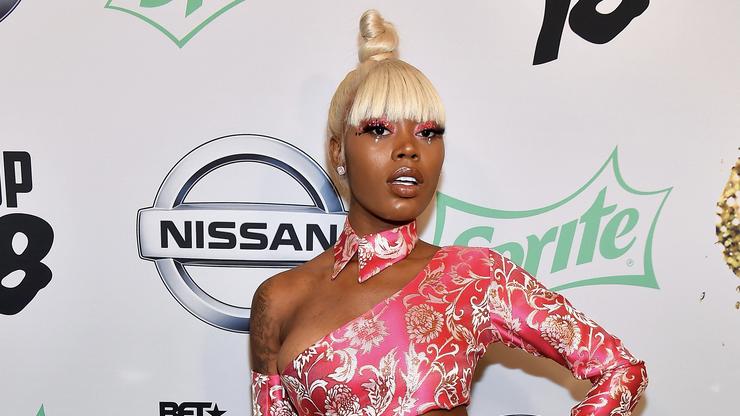 The rapper had a lot to say to her Twitter followers on Sunday night.

One thing about Asian Doll? She’s going to speak her mind, even if the posts get deleted later. On Sunday night, the “First Off” rapper took to Twitter to get some things off her chest.

“You bitches be worried bout me like I’m y’all kid or some lol I’ll never give a f*ck you bitches stay with my name in y’all mouth I stay on you hoes mind,” she wrote.

The 24-year-old then proceeded to let her followers know that worrying about her accomplishments, who she‘s dating, who she’s f*cking, how she talks, and what she’s posting “will never put money in [their] pockets.”

Recently, the Dallas-born star made headlines after seemingly confirming her rumoured relationship with fellow rapper, Jackboy. The two had been sharing very public flirtatious exchanges across social media, and Asian even mentioned her alleged beau during an Instagram Live session.

“He don’t give me jealous vibes,” she responded when fans began asking how Jackboy feels about her still calling herself Queen Von, in honour of the late King Von.

Asian Doll’s Twitter rant didn’t top there. The “Pull Up” hitmaker then went on to gas herself up, saying, “I get wifed up off the rip. Idk how it feel to be a side bitch or a sneaky link or get treated anything less than the princess treatment.”

In her last, and perhaps most scandalous post, the rapper wrote, “My [p*ssy] a treasure box. Ain’t shit but GOLD & Diamonds in that mf.”

The tweets, apart from the one about her “staying on hoes’ minds” have since been deleted, but The Shade Room captured some receipts before they disappeared for good.