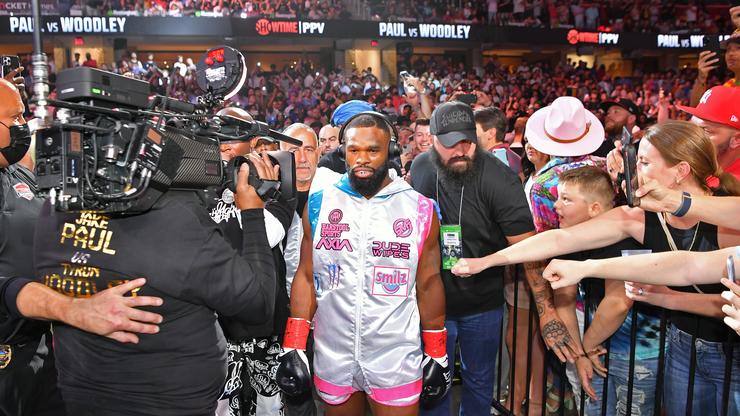 Tyron Woodley is ready for a rematch against Jake Paul.

Tyron Woodley and Jake Paul put on quite the show last night in Cleveland as they went the distance in an eight-round bout that led to a lot of debate and fervor on social media. In the end, it was Paul who came out victorious due to a dubious split decision, that really should have been unanimous. Paul won at least six of the eight rounds, and while Woodley had the best punch of the night, he simply didn’t have enough to give Paul his first loss.

After the fight, Woodley was adamant that he had won, although his efforts to convince the judges otherwise were all for nothing. Eventually, he faced off with Paul in the ring during the post-fight interview and it was there where he demanded a rematch against the former YouTube star.

Jake went on to say that he would only do it on one condition. Of course, this condition had everything to do with Paul and Woodley’s pre-fight bet, which was supposed to have the loser get the winner’s name tattooed on them. As a result, Jake demanded that Woodley get “I Love Jake Paul” inked on his body. Surprisingly, Woodley accepted this caveat, and now, we could very well have ourselves a rematch.

Getting an “I Love Jake Paul” tattoo is a pretty bad look for Woodley and considering he accepted the tattoo in the heat of the moment, one would have to assume the real possibility that he was simply lying. Either way, it made for an interesting moment that had some fans hyped up.