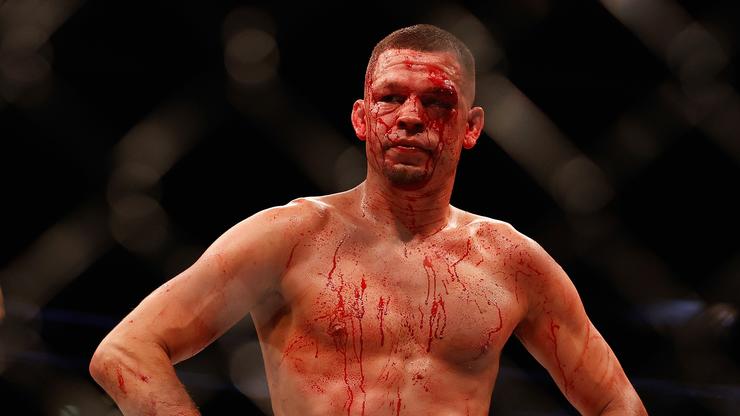 Nate Diaz was not impressed with what he saw last night.

Last night was a massive night for Jake Paul and Tyron Woodley as they took part in a highly-publicized boxing match that saw a sold-out crowd in Cleveland. While Cleveland is Jake’s hometown, there were plenty of fans in attendance who wanted to see him get beat up, however, that’s not what ultimately happened. Instead, Jake came away with a solid performance where he won six of the eight rounds, and took home a split decision victory, to remain undefeated.

After the fight, there were plenty of people out there claiming that the fight was rigged and that they wish they had never paid for the fight. Even professional fighters were unimpressed by the spectacle, including Nate Diaz who isn’t a fan of either fighter in the ring.

While watching the fight, Diaz simply tweeted “These guys both suck” which is a sentiment that was extremely popular given the fact that he amassed over 100K likes on the tweet. Many felt the same way as some suggested that Diaz get in the ring and fight Paul himself. Diaz is one of the most aggressive fighters out there, and he wouldn’t have let Paul get away with much.

Moving forward, it seems like Paul could be heading towards a rematch against Woodley, although many would rather see him fight someone like Tommy Fury, who is an actual boxer. At this point, a fight against Diaz would be highly unlikely.