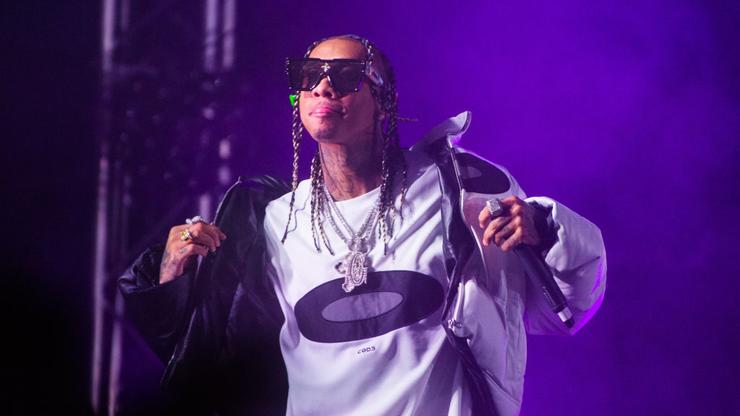 Tyga says that Lil Wayne inspired him to be a contestant on “The Masked Singer.”

The Masked Singer is one of the most unpredictable reality competition shows on television right now. Celebrities wear gigantic, eccentric costumes and perform with a panel of judges, and the audience at home, all guessing who might be behind the mask. Following Toni Braxton’s disappointing elimination on last week’s show, another celeb has been unmasked, with fans surprised to see rapper Tyga behind the Dalmatian costume.

The California-born rapper performed “Beautiful” by Pharrell and Snoop Dogg, and none of the judges thought that he was behind the costume. Even Robin Thicke, who has collaborated with Tyga in the past, didn’t recognize his voice. Among the clues that were given, a gym rack was shown (for Tyga’s hit song “Rack City”), a cat represented the artist’s stage name, and the “Scream” painting was a hint at Tyga’s role in Scream.

The judges believed that it was a rapper behind the mask, but they thought that it could have been Nelly. Robin Thicke and Nicole Scherzinger both guessed him, whereas Jenny McCarthy thought it was Steve Harvey, and Ken Jeong said the Dalmatian was Reggie Bush. When Tyga revealed his identity, he became the first person eliminated from Group B. He told Nick Cannon after he was eliminated that he was inspired by Lil Wayne, who appeared on the last season of the show, to compete.

Unfortunately, he didn’t end up winning, but he did a pretty good job. Check out his performance below.