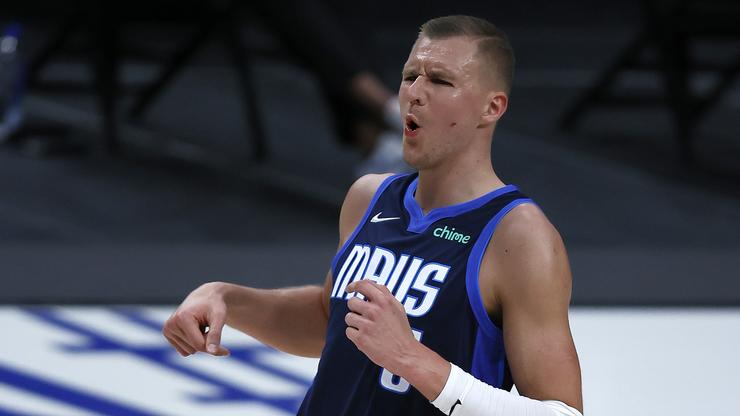 The Dallas Mavericks have entered the Kanye West vs. Drake debate.

Several weeks after the release of both Kanye West’s Donda and Drake’s Certified Lover Boy, the debate over which artist delivered a better album rages on. According to Charlamagne Tha God, it shouldn’t really matter because artists such as Tyler, The Creator and J. Cole dropped significantly better albums, but despite the Breakfast Club host’s hot take, fans are keeping the Drake and Kanye West beef alive.

Apparently, the Dallas Mavericks basketball team is as well. In a new video posted to the team’s official TikTok, several Mavs players reveal who they would choose between Kanye and Drake, and surprisingly, Drake came out with a unanimous victory.

Unfortunately, Dallas’ star player, Luka DonÄiÄ, wasn’t around to submit his vote in the Donda vs. Certified Lover Boy debate, but 10 people from the Mavs, which mainly included new faces with a sprinkle of notable players like Kristaps PorziÅÄ£is and Jalen Brunson.

One by one, the players offered up their pick between Ye and Drizzy, and some also provided an explanation for their choice. Newly signed rookie Eugene Omoruyi chalked it up to hometown loyalty, saying “Drake because I’m from Toronto. Drake for sure.” Perhaps the person with the strangest reasoning, however, was new head coach Jason Kidd, who said, “Kanye versus Drake? I’m going Drake because he’s lightskin.”

Check out the full TikTok below and let us know if you think the Dallas Mavericks players’ musical opinions should be taken seriously or with a grain of salt.