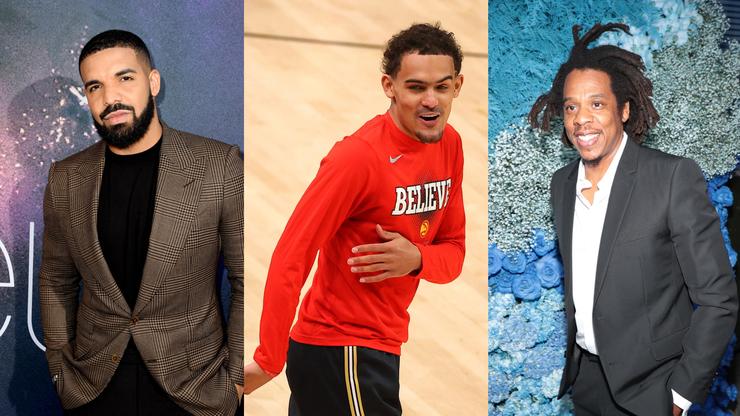 The star player for the Atlanta Hawks argues that Drake has surpassed Jay-Z.

While Hip-Hop fans wait for the inevitable videos of LeBron James lip-syncing over the most popular tracks from Drake’s Certified Lover Boy, another basketball star has filled that void with a wild Drake-related hot take. Trae Young, the star player for the Atlanta Hawks, has been reacting to Drake’s sixth studio album in real-time, and it’s safe to say that he has enjoyed it so far.

In fact, Ice Trae has enjoyed Certified Lover Boy so much that he has unleashed a hot take for the ages, claiming that Drizzy has officially surpassed Jay-Z as the GOAT.

“Yo when we gonna say Drake has passed Hov ?” Trae Young asked his 1.1 million followers.

While Trae’s hot take isn’t necessarily a new one, it’s one that has died down in recent years as many people have either decided to not compare Drake’s greatness to Jay-Z’s or argued that Drake’s influence and commercial dominance is actually starting to decline.

Regardless, Trae Young’s tweet has already gotten fans on Twitter talking, with some users arguing that he’s too young to have a valid opinion about Jay-Z’s legacy. On a more hilarious note, one Twitter user chalked it up to Trae’s apparent disdain for the entire city of New York following his standout playout performance this past summer.

Check out some of the reactions to Trae’s tweet below, and let us know in the comments if you think the star point guard is tweaking when it comes to his new hot take.