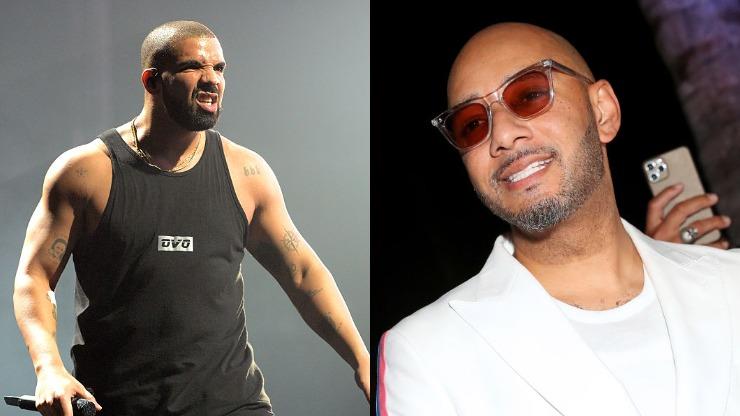 Drake takes several retaliatory shots at Swizz Beatz on “You Only Live Twice,” a standout posse cut off “CLB.”

Drake’s Certified Lover Boy has arrived, and being that the project is a staggering twenty-one songs, fans are still in the process of unpacking the bars throughout. As such, expect plenty of new revelations to surface as the day progresses, as you already know that Drake had a lot to get of his chest on this go-around.

As it happens, he actually took the time to send a few shots at Swizz Beatz, who previously got a tad disrespectful during an inebriated Instagram live session with Busta Rhymes. In the midst of the conversation, Swizzy called Drake — his former collaborator on “Fancy” — a “pussy” repeatedly.

Though he maintained it wasn’t beef, as he would “shoot his plane down” if it were, Swizz’s animosity toward Drake couldn’t be denied. That same week, Swizz issued an apology for his conduct, acknowledging that he had gotten “a little too live.”

Now, Drake has opted to issue a few retaliatory bars on “You Only Live Once,” and while he’s not calling out Swizz by name, many have deduced the Veruz co-founded to be the primary target.

“Unthinkable when I think of the way these n***as been actin ’/ I never did you nothin’ and you play like we family, huh?” raps Drizzy, over production from BINK! “Next thing, you wanna shoot me down, it can’t be love / Not sure where you was tryna send it, it can’t be up/That day you sounded like a bitch, you fancy, huh?”

Not only does Drake directly name-drop their Thank Me Later collaboration “Fancy,” but he also directly addresses Swizzy’s hostile “plane” comment. Complex notes that Drake’s use of “Unthinkable” is also curious, as Drizzy actually wrote and re-mixed “Un-Thinkable (I’m Ready)” for Swizzy’s wife Alicia Keys.