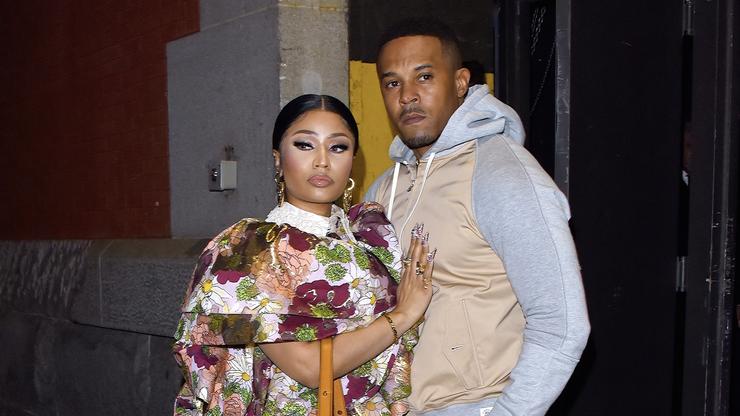 Minaj and her husband, Kenneth Petty, are in the midst of a messy lawsuit with Jennifer Hough.

Just two weeks ago, Nicki Minaj and Kenneth Petty were being sued by the former’s alleged assault victim, Jennifer Hough. Now, Hough claims that an associate of Petty’s has been sending her disturbing messages via social media.

According to AllHipHop, the friend of Minaj’s husband, referred to as “Black,” posted a video threat on Instagram, allegedly saying, “Case is over now…Jon Wayne tv coming soon tell that b*tch she will be expose.”

The site also says that the clip ended with a photo of two guns, along with the words, “be safe out here.” Apparently, Black visited Hough back in 2020 to offer her $20,000 if she would withdraw her claims, allowing Petty to remove his name from the National Sex Offender Registry.

Hough, who alleges that Petty assaulted her back in 1994, turned the money down. She was later approached by private detectives, lawyers, and “go-betweeners who made her fear for her life.”

The chilling post from Black’s Instagram came on August 12th, shortly after the couple was sued by Hough for “witness intimidation and intentional infliction of emotional distress for incidents that occurred in California and Georgia.”

The alleged victim is also going after Minaj for aiding and abetting. This new threat from Black has only added another layer to the ongoing case, and according to AllHipHop.com, Hough is so frightened by Petty and his associate that she filed a police report and, once again, moved out of state.

If you want to read more about Petty’s ongoing case, check out our story on his recent plea deal.